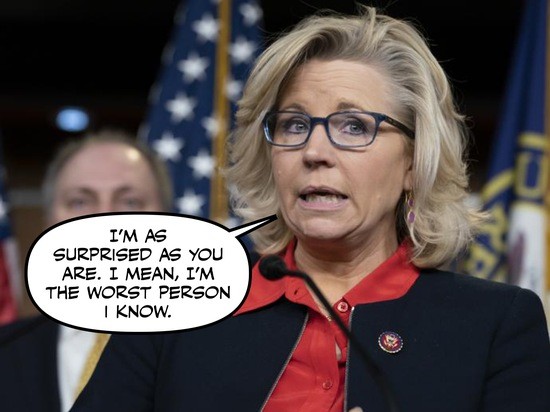 In 2007, in this blue bastion of one of the reddest states in the country, liberal activists wheeled a giant statue of Dick Cheney through town to protest his star role in the Iraq War — before toppling it, Saddam Hussein style, for good measure.

Fifteen years later, his daughter Rep. Liz Cheney (R-Wyo.) is turning to the same rare species in Wyoming — Democrats — to save her House seat. And Trumpist Republicans are doing everything in their power to thwart her.

The turnabout for Cheney — one of the more unlikely twists in Republican politics in recent years, in a party that’s had no shortage of them — will come into sharp relief next week at a gathering at Jackson’s Center for the Arts. Cheney will speak on a bipartisan panel about defending elections, addressing what should be a welcoming audience amid her running battle with former President Donald Trump over the Jan. 6 sacking of the Capitol.

What Cheney doesn’t know — until now — is that a band of Trump-loving Republicans will be on hand to greet her. They snapped up roughly a quarter of the 350 tickets, at $10 apiece, to give the embattled congresswoman a piece of their minds.
read more:
https://www.politico.com/news/2022/03/14/liz-cheney-democrats-wyoming-00016905