RUSH: Now, one more thing here. I have two stories about Kamala Harris. One’s from The Spectator, and one is from of the oddball sports websites. The NBA has fired a freelance photographer because he insulted Kamala Harris. His name is Bill Baptist. (Maybe pronounces it Baptiste. I don’t know. There’s no e on the end of it.) 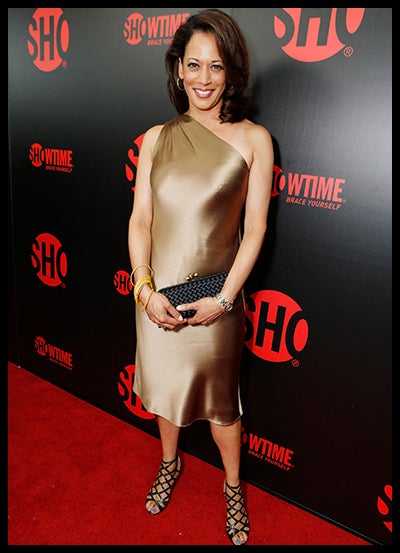 https://www.rushlimbaugh.com/wp-content/uploads/2020/08/KAMALAHARRISSHOWTIME.-217x300.jpg 217w" alt="" width="400" height="553" />He’s “a freelance photographer who’d been working for the NBA inside its bubble at the Disney World complex in Orlando” as the NBA goes through its supposed season here. He’s “an independent contractor [who] had his contractor deal terminated by the league after a sexist Facebook post referencing Kamala Harris… [He] posted an image that read ‘Joe and the Hoe,'” h-o-e.

Now, what do you think that’s about, “Joe and the Hoe”? Well, that takes me to the second story. They got rid of him, by the way. WNBA legend Sheryl Swoopes, who was aware of [photographer] after he worked for … the Houston Comets, was among those to comment on the situation before the NBA’s decision… ‘So this guy works for the NBA but covers the Houston Rockets. Has been around for a while.

“‘Even worked for the Houston Comets. It’s amazing how people will smile in your face but eventually their true colors will show.'” Anyway, so he’s gone, “Joe and the Hoe.” Then there is this from The Spectator: “Why It Should Matter to Women That Kamala Harris Slept Her Way Up.” Whoa! You know what that’s about? That’s about Willie Brown.

He’s talked about how now they’re no longer having an affair, no longer having sharing of emotions. Now she’s married to a great guy; everything’s fine. But if it weren’t for him doing all this talking, this would not be a story. “It is no secret but public knowledge that Kamala Harris slept her way up into California political life by being a very public escort and mattress for California Democrat Kingmaker Willie Brown.”

Now, some people read this story and said, “Mattress? Didn’t he mean mistress?” No, I think, they meant mattress here. I think… Dov Fischer is the author of the story. So we have two different stories here that are trading off the known fact that she was Willie Brown’s mattress, and that he has written about it and that he has talked about how it propelled her, that he ended up being one of her mentors.

Now, normally a story like this — two stories like — would generate shock, outrage, and anger. “How dare you! How dare you bring this up? How dare you accuse her! How dare you?” But it’s problematic, because Willie Brown has not just admitted it. He’s kind of promoted this. Years ago — well, even months ago, during the California democratic… I’m sorry.

During the Democrat presidential primary is when he acknowledged this. A couple pull quotes from the story. 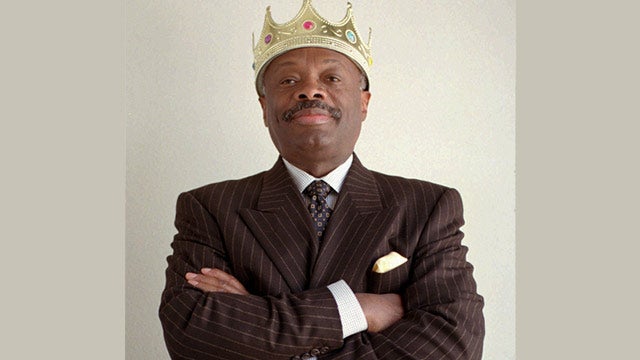 “Yet the world is dominated by stereotypes and by unspoken assumptions. Joe Biden tells a Black voter that, if he is not sure he is voting for Biden, ‘then you ain’t Black.’ No one talks to White voters that way. Among the stereotypes and assumptions that unfairly hinder many women is the unspoken whisper that ‘she probably slept her way up to that position.’ It is a terrible stereotype, and it hurts women terribly. Do most women sleep their way up? No. Do many? No. Do some? Probably a few. And those few do horrific harm to the image and reputations of all the 99-plus percent of women who earned everything they have achieved in their lives.”

Next pull quote. “That is why Kamala Harris, who openly and brazenly slept her way into California Democrat state politics by publicly hooking onto the very married Willie Brown, should matter to all women — regardless of ethnicity, color, religion, or party. Just as, despite the wrong assumptions on which she plays, Harris simply is not an ‘African American’ — her parents are from India and British Jamaica — she likewise is not a woman who rose the way that Americans teach their daughters to achieve.” It was not as simple as just being a mattress. Kamala Harris story denigrates women who worked hard all her life.

Now, just a couple pull quotes. Imagine this, folks. These stories are out there. I have yet to see — and it may yet happen, since I now have amplified them — I have yet to see any reaction to either of these stories anywhere in the Drive-By Media. Now, normally The Spectator story alone would be causing these people in the mainstream media to go absolutely berserk.

And this guy, this photographer in the NBA, “Joe and hoe.” And yet there’s no reaction to this whatsoever. And now we have something new that’s been thrust — ahem — into American politics, and that is the question of using sex to get ahead. And, as Kamala Harris might say, “We should have that conversation,” ’cause she says that a lot about a lot of different things.

Now, I just find this really, really curious. And they’re really hamstrung. They can’t start jumping down people’s throats because they’ve only got Willie Brown to point to for the reason this is even a story.