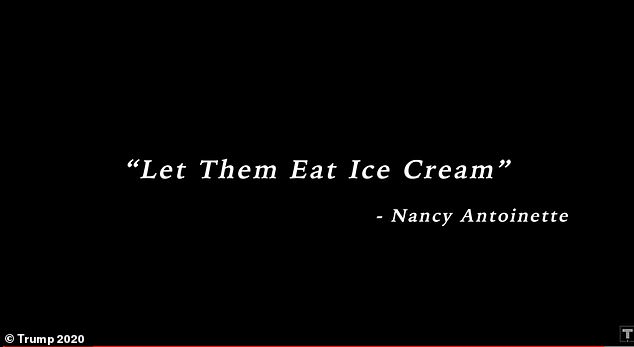 Left-wing Democrats attempting to analyze why there was no 'blue wave' in the election are claiming House Speaker Nancy Pelosi's freezer drawer filled with ice cream may be partly to blame.

During an interview for The Late Late Show with James Corden, Pelosi showed off a pricey sub-zero freezer in her kitchen at her California home that was full stocked of $12-a-pint ice cream.

The interview occurred in April, towards the start of the lockdown but so-called progressive groups believe that such flashiness likely cost the party potential votes on November 3 because she appeared so out of touch with ordinary Americans.

'When Democratic leaders make unforced errors like showing off two sub-zero freezers full of ice cream on national television or cozy up with Wall Street executives and corporate lobbyists while Trump tells voters we are the party of the swamp, it is not surprising that we lose,' reads the memo which was sent by groups including Justice Democrats and the Sunrise Movement.