Schifeling's group is just one of dozens housed at Arabella Advisors, which has facilitated more than $1 billion in anonymous funding since President Donald Trump took office. 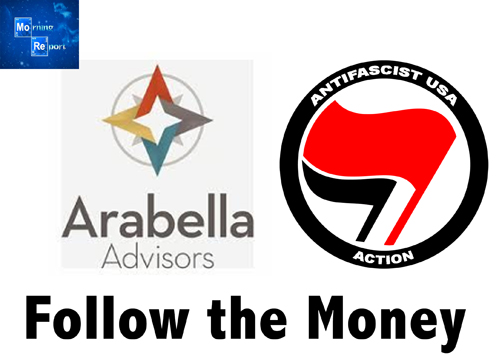 The point person for the Fight Back Table, a coalition of liberal organizations planning for a "post-Election Day political apocalypse scenario," leads a progressive coalition that is part of a massive liberal dark money network.

Deirdre Schifeling, who leads the Fight Back Table's efforts to prepare for "mass public unrest" following the Nov. 3 election, founded and is campaign director for Democracy for All 2021 Action, a project of Arabella Advisors' Sixteen Thirty Fund. The Sixteen Thirty Fund is a dark money network that provides wealthy donors anonymity as they push large sums into the left's organizational efforts. Schifeling's group is one of dozens that use Arabella Advisors to add an extra layer of secrecy to their funding.

The connections suggest that post-election mobilization isn't just the project of a liberal fringe, but that powerful Democratic Party interest groups are also involved.

Created in 2019, Democracy for All 2021 Action includes more than 20 labor union, think tank, racial justice, and environmental groups that push for automatic and same-day voter registration, prohibiting voter ID laws, and removing "barriers" to naturalization, among other initiatives. While the Sixteen Thirty Fund does not report Democracy for All 2021 Action in its D.C. business records, the group acknowledges that it is a project of the Sixteen Thirty Fund at the bottom of its website. The Sixteen Thirty Fund has been used as an avenue for donors to funnel hundreds of millions of dollars to state-based and national groups in recent years. In 2018 alone, $141 million was passed through the fund to liberal endeavors.