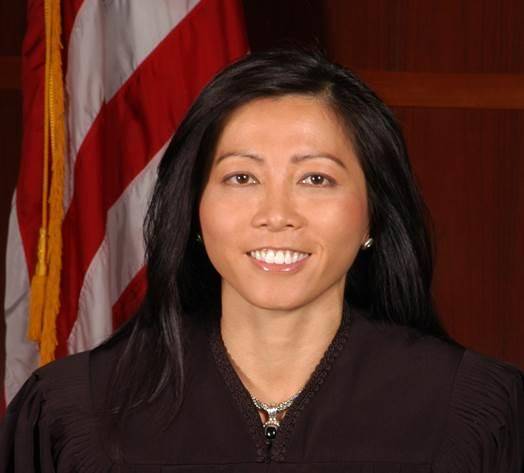 Miranda Du, the Chief Judge of the United States District Court for the District of Nevada, ruled today that illegal aliens cannot be prosecuted for illegally re-entering the country due to immigration law's "Disparate Impact" against "Latinx" individuals.

According to court documents obtained by National Justice, the defendant was Gustavo Carrillo-Lopez, a career Mexican drug trafficker who has now been caught inside the country a third time.

Carillo-Lopez was removed from the country in 1999 and again in 2012, when he was convicted for selling drugs and beating his wife. The illegal alien was found in the country again in 2019, where he was found in possession of multiple firearms and large quantities of cocaine, methamphetamine and heroin intended for distribution. By 2020, a Grand Jury indicted him under criminal law that forbids deported aliens from reentering the country.

Relying heavily on a political narrative developed by "Afro-Latinx" UCLA history professor and anti-white activist Kelly Lytle Hernandez, Judge Du declared that Section 1326 of the Immigration and Nationality Act is illegitimate because a few supporters of the law used the term "wetback" in1952.

The law was altered numerous times during the 1980s and 90s to erase all racial inferences, but because the overwhelming majority of illegals charged with the crime come from Mexico and Central America, Du doubled down and dismissed the case as a violation of a Mexican drug traffickers right to the Equal Protection Clause.

Federal judges appear to be coordinating a renewed assault on federal immigration enforcement. The seal was broken earlier in the month when Jewish Judge Michael Howard Simon called on Congress to eliminate and repudiate Section 1326, though he stopped short of declaring it unconstitutional.

Under both Trump and now Biden, the law is exclusively utilized against repeat violent offenders as a way to discourage them from coming back to commit more crimes in the United States.

Under Merrick Garland, who holds Jewish extremist positions on immigration, there is very little chance the Department of Justice will fight Judge Du's decision on appeal. Unless Congress acts to restore order, there will no longer be penalties for deported criminal aliens from Mexico, Central America and the Caribbean who return to put American citizens in danger again.

My views on this;

It's time for the American people to start acting like Americans again, and force this country to obey it's laws and their intent as they were written. The best and most legal way, is to demand a States Petitioned for Article-V Amendmenmt Proposal Convention to be called.

Doing that, insures that Congress must call it then step back and let the people propose amendments. Congress can't propose amendments at that convention ,and considering their track record with the ones beyond the Bill of Rights, that is a good thing.

There are several things that must be proposed due to the scatter gun issues the Socialist left has thrown at us, and the infiltration they have made into our system to weaken and eventually destroy it. The people are considered the highest authority on the Constitution in the land. We have abdicated that authority through laziness and self interests. The same safeguards are set on a States Called convention as they are on a Congress called convention. An Article-V convention  has the advantage over the new idea of a Convention of States because the Article-V is more structured, is capable of debating in real time on proposals and the wording of those prop[osals, multiple proposals, State Legislatures control over the elections of the Convention Delegates, ( many States have laws already on the books about this/ Example; http://www.in.gov/apps/lsa/session/billwatch/billinfoyear=2013&session=1&request=getBill&docno=224 and  http://www.in.gov/apps/lsa/session/billwatch/billinfo?year=2013&request=getBill&docno=225 ). Doing this is the quickest and surest way to preserve our Freedom and the Constitution.

Proposals for Amendments I recommend;

1. We must  propose an amendment that gives the American Citizens the voting rights to overrule the Congress and all Courts including the Supreme Court on the laws and interpretations of those laws by a 3/4 majority of the vote. This is one way we can take control over our lives and control the overreach of our Government while maintaining our constitutional Republic and not devolving into a majority rule 50% + 1 Democracy.

2. We must propose an Amendment to limit the Supreme Court to it's current 9 members and lifetime terms of service. This will eliminate the possibility of a political party using their legislative power to force their political will on the people by threatening or actually loading the court. We can no longer trust our politicians to act rationally and honorably in our behalf. We must put safeguards in place to make them bend to our will within the constrains of our written Constitution.

3. We must propose an Amendment to limit congressional terms possibly a 12 year total combined limit which would amount to a total of two terms in the Senate and six terms in the House. Or any combination of the two that did not exceed the 12 year limit per person.

4. Since the politicians have ignored the clear admonition by our Founders and Framers of the Constitution on the Second Amendment and it's caveat about "Infringement", we must propose an amendment that any law rule or regulation im posed on firearms including ?all the existing ones and all the future ones" must be approved by a 3/4 affirmative vote by American citizens. It's the peoples freedom we are talking about here, The Second Amendment is the Clearest symbol of our Freedom and self government.

5. We must propose an amendment that will require a balanced budget be enacted and adhered to every two years. Budgets during a declared shooting war can be the exception to this rule and increased as necessary to wage the war.

7. We must propose an Amendment where the people have oversight on the salaries, benefits, and expenses that Congress incurs. We need to have veto power over  Congress from giving themselves raises and other benefits without approval from the people.

8. We need to propose an Amendment that requires sequencially numbered paper ballots, tallied by scanner then counted by hand to insure the count is correct. The voting to be held on single day with limited absentee ballots. No bundling. No motor voter registration. No same day registration. Voter rolls verified 1 month before the election. Voter rolls cross checked with death certificates. Addresses cross checked with USPS mail lists. Military Ballots sent out with sufficient time for them to be returned and counted, the only exception to voting on single day voting. Scanners and machines used until paper ballot measure is com pleted to be held unchanged for two years. Verified Picture and thumb pring Voter ID with embedded authorization number and not tied to ballots, supplied free by Government to all verified American adult citizens and required to be scanned to vote, and tied in with national computer system to insure only one ballot per ID is issued.

9. We need an Amendment that requires counties to erase all voter rolls and require people who want to vote, to apply in person at either the county clerks offices, police stations, fire departments, courts, unemployment agencies, court houses, Driver license offices, with documentation they are who they say they are, for the update/issuance on their voter ID to insure valid rolls. Have bipartisan teams go to invalids homes to register them and supply with voter ID forms and picture and thumb print equipment and a special code for them, that authorizes absentee voting ballots to be sent to them.