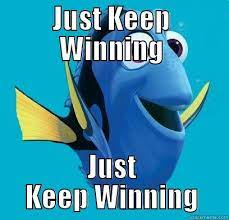 A federal judge on March 18 blocked a Washington, D.C., law that allowed children in the nation’s capital to receive a vaccine without parental consent.

The parents who sued over the law appear likely to succeed in proving claims that the law violates federal statutes and will be irreparably harmed if a preliminary injunction weren’t entered, U.S. District Judge Trevor McFadden wrote in a 38-page opinion.

The D.C. Council passed the District’s Minor Consent for Vaccinations Amendment Act in 2020. It lets children as young as 11 get a vaccine without permission from their parents.

But the National Childhood Vaccine Injury Act of 1986 mandates health care providers who administer many vaccines provide information on the shots to the legal representative of a child.

Plaintiffs in the case and another similar lawsuit are parents who say their minor children are under pressure to get vaccinated because of a citywide campaign to push vaccinations, including giving incentives like gift cards to people who get a jab and the placement of clinics that will inject the children in some schools, with other clinics near schools.

The child of Joshua Mazer, one of the plaintiffs, visited a doctor’s office in the city without her parents and asked to get a vaccine, according to the motion for a preliminary injunction. The child confirmed her parents were not aware of the request. The office did not check the girl’s medical history or prior reactions to a vaccine and also did not provide any vaccine information, according to the filing; instead, workers convinced the girl to get two other shots as well.