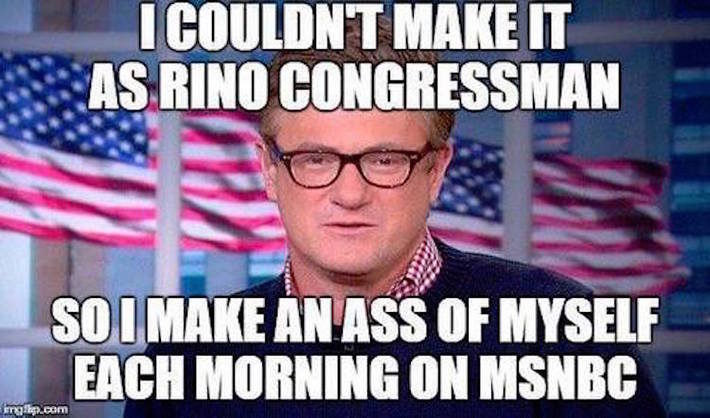 President Trump's hostility toward journalists would get deadly if there were no repercussions, according to MSNBC's Joe Scarborough.

"Though he kills journalists, Vladimir Putin on camera actually seems a little more willing to answer tough questions when they are asked of him. Donald Trump can’t even handle that," Scarborough said. "Of course, Donald Trump would kill reporters if he could get away with it. I think even his strongest supporters would admit Trump would do whatever he could get away with."

Scarborough, a former Republican congressman who now hosts Morning Joe, suggested the idea after discussing Trump's contentious relationship with the media and referring to the president's interview with 60 Minutes correspondent Lesley Stahl. Trump cut his interview short after accusing Stahl of trying to go after him with tough questions while claiming her program on CBS gave his Democratic challenger, Joe Biden, only easy questions.

Scarborough is a frequent critic of Trump, who, in turn, has pilloried his show as well as his wife and co-host Mika Brzezinski.

The two became embattled in a public feud earlier this year after Trump pushed a conspiracy theory alleging Scarborough was responsible for the death of Lori Klausutis, a young congressional aide when he was serving as a congressman from Florida as a Republican.