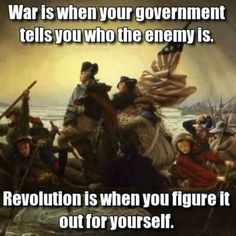 In which America would you prefer to live?

In one America, a family that works hard and saves money can afford to buy a detached home on a nice piece of land -- with a two-car garage.

In their home, they have a refrigerator, a freezer, a stove, two ovens, a dishwasher, a washing machine and a dryer.

They purchased all of these appliances in an open market after doing careful research to make sure they got good machines that did the jobs they were supposed to do and were worth the money they cost.

They also have three toilets -- that actually flush.

And two showers -- that routinely run with hot water.

They also own two cars they keep filled with gasoline and use every day to drive their kids to school and themselves to work. They also use them to drive their kids to sporting events and go on vacations to great American places -- using the already-existing interstate highway system they paid so much in taxes over the years to build and maintain.

In the other America, the same family is regulated into an apartment or townhouse that is squeezed between two neighbors. They have no yard and no garage. They have a small refrigerator, a stove and one oven -- none of which works very well. They do not have a dishwasher, but they do have a washing machine -- if not a dryer.

All along the route, they see windmills and solar panels -- blocking the once-splendid view of a nearby mountain range.

But they live in an "energy-efficient" America.

And they pay more in taxes than their predecessors did in the former America that the country's leadership has determined was overcrowded with energy-consuming appliances.

As you struggle to figure out which place you would rather live, consider, too, this follow-up question: Which one is closer to Joe Biden's "vision" for America?

Biden, you see, says he wants a "revolution."

On his campaign website, Biden published a plan for how he is going to achieve it. It is entitled "The Biden Plan for a Clean Energy Revolution and Environmental Justice."