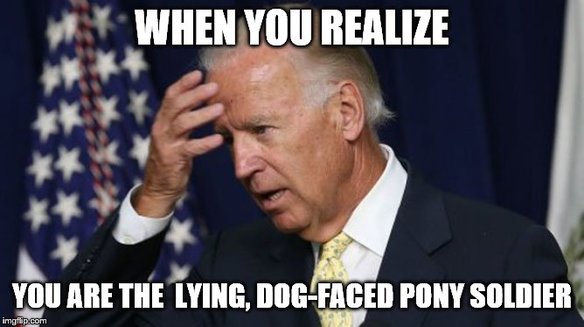 One of the more notable moments where he made this claim was a few days after he announced his presidential candidacy in April 2019. Biden told “The View” co-hosts and viewers that there was “not one single whisper of scandal”, which he credited President Obama for. “That’s because of Barack Obama,” he stated to applause from “The View”‘s liberal audience.

Joe Biden on his time in the White House with Obama:

"The thing I'm proudest of... not one single whisper of scandal." pic.twitter.com/rKZ5Kb5LPz

He’s made it often since.

This is done, of course, to appeal to middle of the road types and independent voters who have grown weary of the mostly media/Democrat-driven “scandals” of the past 3+ years.

It’s also done because Biden is well aware of the fact that most in the mainstream media won’t fact check him on his wildly false claim of the Obama/Biden administration being “scandal-free.”

The Republican National Committee, on the other hand, isn’t at all interested in giving the 2020 presumptive Democratic presidential nominee a pass on the issue.