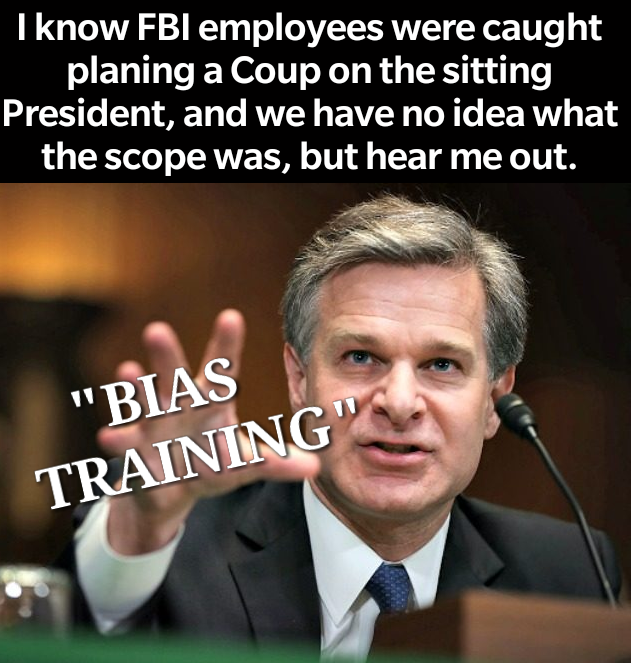 Last summer, conservative political advocacy group Citizens United filed a FOIA request for documents that Kathleen Kavalec, who was serving as the State Department’s Deputy Assistant Secretary, sent to the FBI’s counter-intelligence team following a meeting with dossier author Christopher Steele in October of 2016. Kavalec had discovered a number of anomalies in Steele’s story and emailed the FBI two days later about her suspicions. The meeting took place ten days before the FBI submitted their first application to the FISA Court for a warrant to spy on Carter Page. After much pressure, Citizens United received the documents, but they were so highly redacted, they were almost useless.

The group filed a new FOIA request for less-redacted copies of the documents. This time, Wray sent attorneys to court to block it, arguing that “the FBI can’t afford to jeopardize the fragile relationships that exist between the United States and certain foreign governments.” Ultimately, Citizens United received a less redacted copy.

Following the release of the Intelligence Community Inspector General Michael Horowitz’ report last December, which as we all remember reflected poorly on the FBI, Wray told reporters, “I am ordering over 40 corrective actions to address all of those things in a way that’s robust and serious. We’re determined to learn the lessons from this report.”

In January, Wray elaborated on those actions. He had distributed a video to the entire workforce and would follow up with an all-employee email. Wray said,

Wray had set a deadline of  April 30 for “the completion of training, including testing to confirm that personnel understand the expectations and the materials.”

Last week, there were several credible reports from sites such as The Federalist and The Daily Caller that Director Wray had tried to prevent the Flynn exculpatory evidence from being turned over to Flynn’s attorney, Sidney Powell. Wray was okay with an innocent man being wrongly prosecuted, but he didn’t want those records to be made public.

Washington attorney Joe DiGenova said that the FBI’s General Counsel Dana Boente also worked to stop the release of the records. Boente is the only official to have signed off on any of the FISA Court applications for the Page warrants who remains in government service.