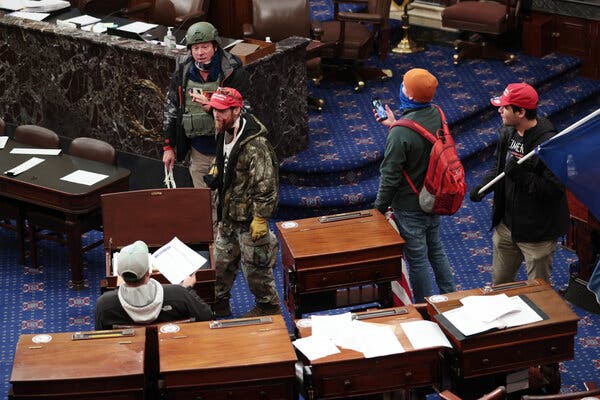 Dinesh D’Souza did a podcast pointing out Nancy Pelosi’s very peculiar behavior regarding events at the Capitol in the days leading up to January 6. In the five weeks since then, Pelosi has turned Washington, D.C. into an armed, walled city and is working with the White House to crack down on dissenting views – meaning, any views that run counter to the Democrat party narrative. There’s something weirdly un-American about what we’re seeing now.

On February 17, D’Souza did an hour-long podcast entitled “Trump’s Next Move.” You can find the entire podcast here. Townhall published the transcript of his discussion about Nancy Pelosi’s behavior before and after the events of January 6. It makes for unnerving reasoning.

D’Souza points out something we’ve all noticed, which is that, on January 6, many of the people peacefully walked and gawked through the Capitol after having been invited in – and treated respectfully – by the relatively small number of Capitol police officers on duty. If you’ve ever visited the Capitol in the past, you know that’s not how it ordinarily works.

Even stranger is the fact that Capitol police officers, who expected to be pulling extra duty, given that everyone knew large numbers of Trump supporters would be flooding D.C., were instead sent home for the day. Additionally, D’Souza points out, when Trump offered 10,000 National Guard troops to help out because the rally was in town, both those in charge of the Capitol and D.C. Mayor Muriel Bowser rebuffed the offer. As Speaker of the House, it’s inconceivable that Pelosi wasn’t part of this decision.