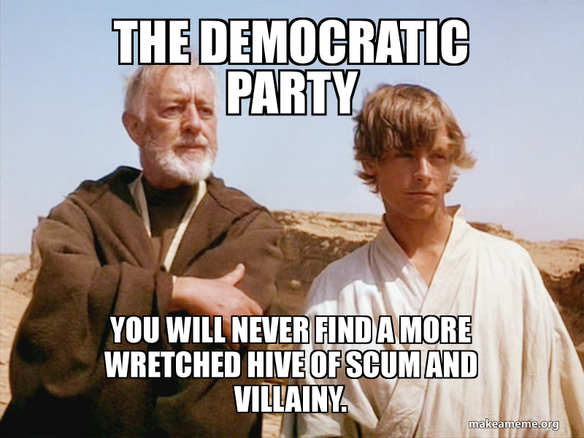 Sometimes you do have to believe your lying eyes.

Top Democratic politicians in the blue states across America decided to follow up their politicizing a world-wide CCP Virus pandemic by grossly politicizing nationwide rioting and looting following the death of George Floyd while he was in the custody of the Minneapolis police.

The Democrats relentless single-minded quest to destroy this President has proven to be their undoing. Not everyone who lives in a deep blue state is a Commie-flag waving Marxist radical. Many citizens who have watched this unfolding insanity over the past several months with mounting horror are waking up to the fact that the wrong people are in charge of their city and state and just how much that matters.

Once it became clear the nationwide insurrection wasn’t going to achieve the hoped-for results, and things had calmed down, suddenly “Defund the Police” became the Progressive Left’s national rallying cry.

With stunning speed, the Leftists running some of the deepest blue cities sprang into action.  The Minneapolis City Council voted 8-3 to defund and dismantle that city’s police department.

Despite having belabored for years to prove how “woke” he is, Minneapolis’ mayor Jacob Frey was forced to endure a walk of shame as he left a demonstration after having admitted he does not favor defunding the city’s police department.