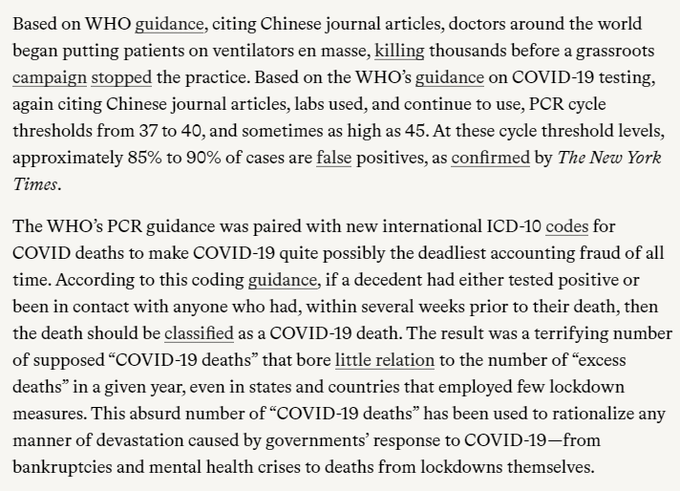 The pandemic: The biggest and most murderous accounting fraud in history. https://t.co/1YaZuXrbHu