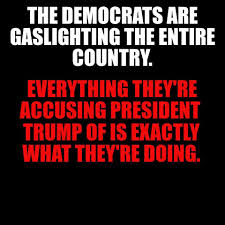 Is it time to start using the tactics of the Left?

Do you ever wonder how establishment media can go about not even pretending to be objective, or how Democrat politicians can tell you the current surge in crime, illegal border crossings, and rioting last summer are all a figment of your imagination? The CNNs and leftist politicians can do this because it’s not their goal to get you to tune in or get your vote. The Left now has enough of a coalition of immigrants, racist blacks, young morons, self-hating whites, perpetual victims, and government freeloaders to enforce their ideology on you.

This means they can cancel you out, spew fake news 24/7 and say whatever the hell they want no matter how outlandish and there’s nothing the Constitution or winning in the “marketplace of ideas” is going to do about it. So, conservatives -- quit living like it’s the 1980s and quit treating the Left like they’re still just the crazy uncle. Politics is the end all be all to the Left and they hate you with a passion. It’s time for conservatives to go against our natural inclinations, get out our comfort zone and enforce our ideology on the enemy.

Our fight starts with our words. Quit using their language and quit being soft on them. Maxine Waters shouldn’t be referred to as "congresswoman" but rather as a racist demagogue. Hillary shouldn’t be referred to anything other than a crook, and the FBI should be called traitors or brownshirts. CRT is racist indoctrination, abortion is murder, a journalist is a propagandist. When we use their language, we legitimize it and in turn desensitize otherwise moral, upstanding people.