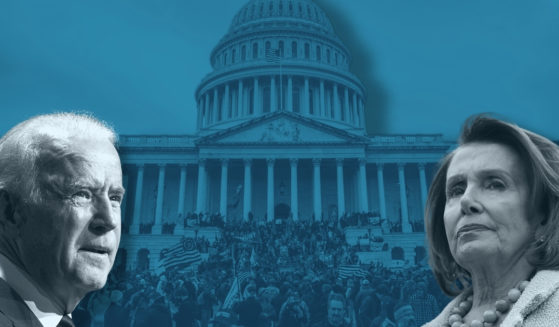 A new war on terror is brewing.

Much like its George W. Bush-era counterpart, this new campaign is the product of an alliance of politicians and government officials as they seek to gain additional federal powers to fight terrorism.

Unlike its previous iteration, however, this new war on terror is to be fought domestically.

Its enemy is not the Islamic State group, al-Qaida or any other foreign threat. Rather, under the direction of the Biden administration, this new effort seeks to end the supposed threat of homegrown, far-right, white supremacist terrorism.

In order to further this domestic war on terror, politicians and federal bureaucrats have spread false and exaggerated claims regarding the Jan. 6 Capitol incursion, painting it as some sort of armed terrorist insurrection — as if the few hundred unarmed protesters and rioters were part of a premeditated plot to overthrow the entire U.S. government.

While inflated rhetoric is often the norm within the realm of government and politics, this specific instance is a calculated act with a specified goal, according to one national security expert.

In his view, efforts to push this supposed “insurrection” are nothing more than a ploy to “institutionalize the use of state power to implement the woke agenda.”

“It is a classic example of ‘never let a crisis go to waste,'” Jim Hanson, president of the Security Studies Group, told The Western Journal.

Before joining the Security Studies Group, Hanson served in the Army Special Forces and conducted counterterrorism and counterinsurgency operations as well as diplomatic, intelligence and humanitarian operations in more than a dozen countries.

Consequently, Hanson has seen his fair share of insurgencies — and, in his opinion, the Capitol incursion was anything but.

Nevertheless, Democratic politicians and left-leaning media outlets (and even a select few Republicans) continue to forward a number of false claims and exaggerations to support this “insurrection” narrative.