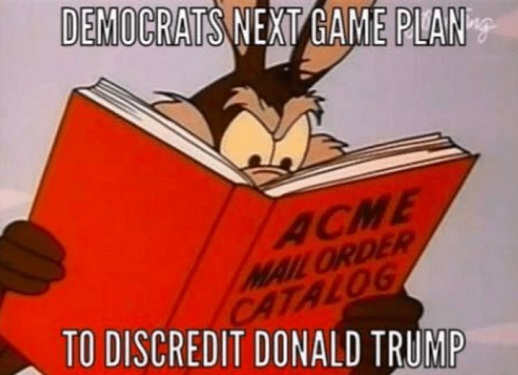 Well this one sort of flew under the radar didn’t it? That’s because the leftist main-stream media very, desperately and quietly retracted it. During the second farce impeachment of President Donald Trump we heard nothing but howls of condemnation based on the Washington Post and CNN’s breathlessly false reporting that President Trump pressured Georgia officials to “find the fraud”. The Washington Post was forced to issue a correction on this mid-March.

According to The HIll,

“Two months after publication of this story, the Georgia secretary of state released an audio recording of President Donald Trump’s December phone call with the state’s top elections investigator. The recording revealed that The Post misquoted Trump’s comments on the call, based on information provided by a source,” the Post said Thursday in a 129-word correction published atop the story.

“Trump did not tell the investigator to ‘find the fraud’ or say she would be ‘a national hero’ if she did so. Instead, Trump urged the investigator to scrutinize ballots in Fulton County, Ga., asserting she would find ‘dishonesty’ there. He also told her that she had ‘the most important job in the country right now.'”

In a story released March 17th here at The GOP Times, we laid it out: “These claims were cited by leftist outlets to an “anonymous source” (read as: they were total bullshit). The audio confirms that Trump made no such statements nor any others that could be considered inappropriate for the entirety of the call.

President Trump’s call and tone, especially taken into context with his call with Secretary of State Raffensperger only serves to highlight that the President was deeply concerned with the irregularities in Georgia’s process and the serious allegations of electoral fraud, furthermore he was keenly aware of all that was riding on this single state’s election.”

What is truly sad about this is that even after the “correction” as the Washington Post refers to it, the damage has already been done, the narrative is out there and the leftists will not believe anything else.

Here’s the full call audio, check it out for yourself. “Retracted” or “Corrected” or “Caught” it doesn’t matter what you call it. WaPo and CNN knowingly printed lies about President Trump, and the Democrats knowingly used those lies as evidence against him during their second attempt to impeach him. There need to be consequences for this. read more here: https://thegoptimes.com/quietly-retracted-info-that-dems-used-as-political-assassination-of-president-trump/?utm_source=TGT%20Warm%20Up&utm_medium=email&utm_content=subscriber_id:32290815&utm_campaign=Quietly%20Retracted%20Info%20that%20Dems%20Used%20as%20Political%20Assassination%20of%20President%20Trump