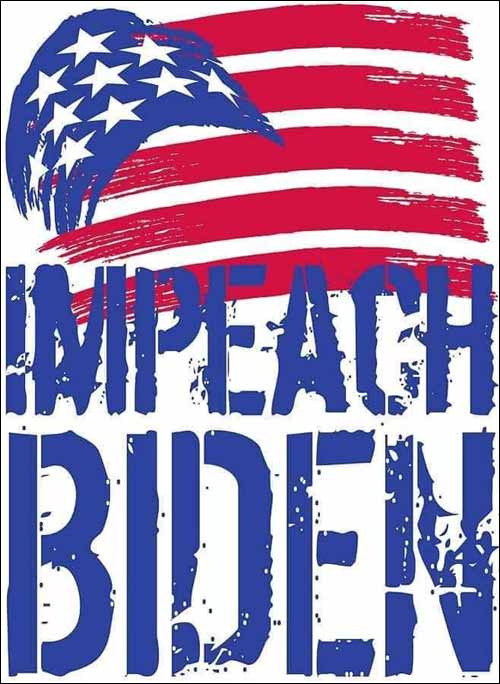 Senate Republican leader Mitch McConnell was back home in Kentucky last week, and he said something which was wrong. Not factually, per se, but as a matter of political strategy, the Turtle blew it.

The president is not going to be removed from office. With a Democratic House, a narrowly Democratic Senate, that’s not going to happen. . . . We’re trying to hold down the damage until next year and I do think we’re likely to see a typical midterm reaction to a new administration. . . . Only twice in American history — only twice — has the president gained seats in Congress two years into the first term. Typically, there is some buyer’s remorse two years in. . . . So, look, there isn’t going to be any impeachment, but I think [the Democrats] have a very good chance of having a very bad election next year.

First of all, he’s right that Republicans won’t remove Joe Biden from office. But whether it happens before the midterms or before the 2024 election, Biden is going to be gone soon. Everyone knows this. He’s going to be taken out either voluntarily or involuntarily for “health reasons” by his own people.

All it’ll take is some incident which is more pronounced than the fairly convincing displays of senility and cognitive decline we’ve already seen. At some point, likely soon, there will be something which can’t be covered up or explained away, and Biden’s support within the Democrat Party will melt to the point where a reset is needed.

We might have already reached that trigger were it not for the total lack of confidence in Kamala Harris as vice president. But the Biden denouement is coming. Don’t think it isn’t. You can’t amp this doddering old crook up on stimulants like Trump thinks they’re doing every time they send him out in front of the cameras without the bill soon coming due, and that crash will be horrific to see.

And at that point, Harris won’t look so terrible. At least until she takes office and proves quickly that no, she really is that bad.

Republicans aren’t responsible for this and cannot directly fix it. There is a great deal to be said for simply sitting back and viewing the Hieronymus Bosch triptych that is Biden’s presidency while making snide and nasty comments about the carnage and sin within.

But there is a better way to enforce accountability for this administration’s dismal performance. Which is to file articles of impeachment.