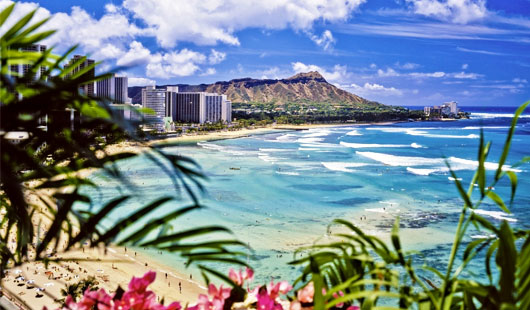 Hawaii’s beauty may also be its curse in the time of coronavirus.

The unique nature of the most remote U.S. state turned it into a favored vacation spot, its economy heavily relying on tourism. Now the region’s labor market is the hardest hit by the pandemic downturn: About one in three workers have filed for jobless claims since the crisis started.

Long after the shutdowns are lifted, discretionary incomes will have evaporated and people will likely remain reticent to fly long distance, making Hawaii slower to recover than the rest of the country.

In Maui, one of the most popular islands, Rick Nava experienced the fallout firsthand. In early March he got a call from a client canceling a booking for April that alone would have brought in $25,000 for his photography firm, MSI Maui. More cancellations rolled in for Nava, who takes pictures for company team-building meetings, award ceremonies and weddings. He was forced to lay off all 16 employees.

Tourism makes up one-fifth of Hawaii’s gross domestic product, with more than 10 million visitors last year -- more than six times the size of the local population. That’s all but vanished now. In the week ended April 25, spending by visitors dropped 96% compared with the same period last year, according to the U.S. Travel Association.

“Hawaii is so tourism-dependent that it stands to reason it will be disproportionately affected by a recession that dampens consumer spending on vacations and public health concerns about travel,” said Joseph Parilla, a fellow at the Brookings Institution’s Metropolitan Policy Program.

Hawaii’s distant location may help, to an extent, shield it from the pandemic that’s ravaging some parts of the mainland. In Hawaii, the number of new cases has dwindled to five on April 30, compared with a peak of 31 on March 17, according to the state’s Department of Health. The state had 618 cases in total, and 16 deaths.

Even as Hawaii’s cases fall, Governor David Ige extended the state-at-home order through the end of May and said visitors need to quarantine for 14 days.