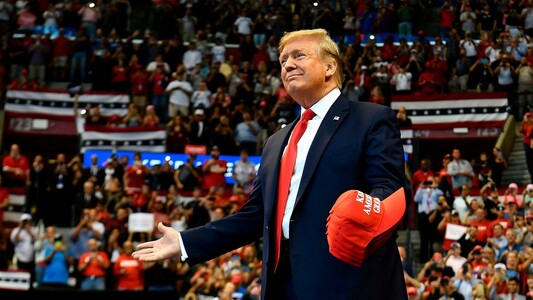 Texas conservative activists Maria Espinoza and Tim Lyng, who each co-founded The Remembrance Project in 2009 to bring attention to victims of illegal immigrant crime, penned a letter about the state of the GOP. They provided a copy of the letter to Big League Politics.

“An America First Party, led by Trump, would be the political springboard to reignite true American passion for all who value their God-given freedoms, who realize they have been sold-out to the Communist Chinese; and who recognize that now’s the time to hold onto the greatest country in the world and placing all that is “America” first,” they wrote in the letter.

“In the America First Party, there is no room for squishy establishment-types. Without exception, there will be no equal opportunity for traitors to the Constitution. They will be banned from entry, forever,” Espinoza and Lyng added.

The vision outlined by Espinoza and Lyng for a truly America First political party may come to fruition if the GOP establishment keeps attacking President Trump. They mentioned in their letter that Sen. Rand Paul (R-KY) recently spoke of the inevitability of a third party if GOP senators convict Trump. Espinoza and Lyng believe that the GOP’s destruction is inevitable at this point.

If the GOP establishment does not retreat now and recognize that President Trump is the banner Republican moving forward, the party may die a well-deserved death. If Espinoza and Lyng are correct in their analysis, this could be the best news for the grassroots moving forward.