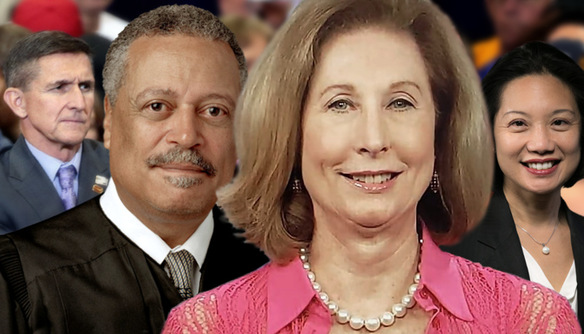 Sullivan’s order, issued Tuesday, solicits “friend of the court” (“amicus curiae” in legal parlance) briefs from third parties on the request by the Justice Department to halt the prosecution of Flynn. It is particularly odd because Sullivan previously resisted all third-party efforts to intervene in the case. The judge did this a total of 24 times, according to Flynn’s lawyer, Sidney Powell.

Moreover, the new order directly conflicts with Sullivan’s Dec. 20, 2017, order, in which he said: “The Federal Rules of Criminal Procedure do not provide for intervention by third parties in criminal cases.”

In a new development Wednesday, Sullivan appointed retired federal judge and former federal prosecutor John Gleeson as a “friend of the court” to present arguments against the Justice Department motion dismissing the charges against Flynn.

The judge also asked Gleeson to address the issue of whether Sullivan should hold Flynn in criminal contempt for lying to the judge, presumably for admitting guilt to a crime Flynn now says he did not commit.