0
Get Ready for an Election Crisis 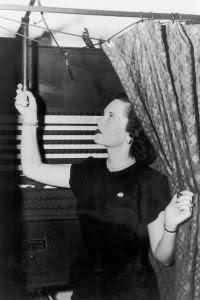 Let’s talk about the terrible time America might be in for in the days and weeks, maybe months, after the election.

It starts with what is known: On election night we probably won’t know who won the presidency. The event we’ve been hoping would resolve things instead may leave them more mysterious.

As in the past we will know fairly quickly what happened in the voting booths. But because of the pandemic an unprecedented number of Americans are expected to vote by mail. In 2016 about 25% of voters voted by mail. This year it may be more than twice that. Meaning more than half of all ballots.

It may be days or weeks before we know the mail-in results. Different states have different laws: Some count or certify mail-ins pretty much as they receive them and can report results with dispatch. Some begin to count mail-ins on Election Day. Few or none have ever been engulfed as they will this year.

Another wrinkle. Republicans seem to prefer voting in person, and Democrats by mail. NBC News has reported that 54% of those who lean Republican plan to vote in person on Election Day, while 71% of Democrats plan to vote by mail or early. This newspaper reports that in North Carolina, Democratic voters requested 53% of absentee ballots, Republicans only 15%.

Because of this it’s possible that on election night there could be what looks like a solid margin in favor of President Trump, especially in the states that will decide the election. Maybe it won’t be a “red mirage,” as it’s been called; maybe it will signal a real and coming red wave. Or maybe a big blue one will swell. Again, especially if the outcome is close, we likely won’t know for days or weeks.

The waiting will require patience and trust. That’s not, as we know, the prevailing political mood. We are riven and polarized. “It is my greatest concern,” Joe Biden has said. “This president is going to try to steal this election.” Mr. Trump: “They’re trying to steal the election from the Republicans.”

Suppose, to take one scenario, the president declares himself the victor before the victor is known: “What a landslide, this is fantastic, the polls and pundits were wrong!” Maybe it will be his supporters or family members who declare victory.

And what if in the following days and weeks the count changes? What if on day five, or 10, or 30, Mr. drumbling lips liar-Biden looks like the winner?

That’s the general area when things could go very wrong. “Postelection through to the inauguration, we have a real danger zone,” says Larry Sabato, the great veteran director of the University of Virginia’s Center for Politics.

There will be charges and countercharges, rumors, legal challenges. There will be stories—“My cousin saw with her own eyes bags of votes being thrown in the Ohio River.” Most dangerously there will be conspiracy theories, fed by a frenzied internet.

Let’s make the picture darker, to deepen the point. What many people will fear in such an atmosphere is the possibility of violence. We’ve just been through a round of street violence this summer. It is not beyond imagining that in a tense national environment we would see it again. Maybe it will be Black Lives Matter and antifa versus white nationalists and QAnon. Maybe it will include honestly enraged citizens who believe their side was wronged.

The extreme edges of both parties are punching above their weight against their respective centers right now. They will be a source of pressure for their candidates not to concede, no matter what the results.

All this would only further undermine America’s morale, giving us all the impression of profound national deterioration. It would subvert the democratic process and tarnish our reputation in the world.

The Electoral College meets Dec. 14. There, Mr. Sabato notes, it’s possible there could be a 269-269 tie. There is also the issue of so-called faithless electors, who could deny the winning candidate a majority. In either case, the election would be thrown to the House, where people may be surprised by the rules. They assume that if the Democrats have a majority, as is expected, the House would vote Democratic. But the House would vote not by individual member but by state delegation. There, in the current Congress, the Republicans have an edge.

What a crisis—including a constitutional crisis—may be coming down the pike.

Maybe we should think about ideas that might forestall trouble or make things better.

We should laud and encourage those states that are seeing the potential challenge and concentrating on timely vote counting and voter integrity. We should encourage states to take actions that will accommodate the changed voting reality, and celebrate those that are on the case. Boosting trust in the process this year is a patriotic act.

It may be late with 40-some days to go, but if you’re not in the U.S. military or away from home, and not sick or especially vulnerable to illness, and if you haven’t already voted early, sent in your ballot or requested a ballot, you should try hard to vote in person. This will help election-night numbers align more closely with ultimate reality, bolster the system, and help avoid the mischief of political operators. Mask up, glove up, maintain your distance, and show up. “It’s inconvenient.” Democracy is inconvenient. Do your part.

Here a word on the civic, even ancestral nature of voting in person. I am one of those who takes pleasure in it. When my son was a child I’d take him with me. We’d get in line, close the big curtain, as it was then, and I’d move the toggles and tell him what I was doing, what democracy is, how I am one vote of many. I mentioned this to Mr. Sabato, who laughed and said his parents used to take him too: “It was like the Roman Forum. You saw people you knew; you enjoyed it.” All the neighbors were there, launched together on this wonderful project.

He had an idea to help forestall this year’s problems. Get a group of Americans of national stature, people who would stand for the national interest even when at odds with their own party’s. Ask them to come together and speak as one. “It will seem Disneylandish,” Mr. Sabato said, “but distinguished Americans on both sides really need to teach the American lesson to the young and the old—how we have survived and been so successful and prosperous because we had common sense, which so many ideologues have lost.”

He thought they should make it clear, before the results are in, “that we have to do this in the American way, we have to accept outcomes whether we like them or not, otherwise we will dissolve.” They could ask citizens to join them in a pledge of nonviolence. “They should say sometimes demonstrations are useful, sometimes justified, but no violence under any conditions.” He suggested leaders from a wide range of fields—Nobel Prize winners, artists, people of left and right.

We don’t have long until Election Day. We should be thinking about all this now.