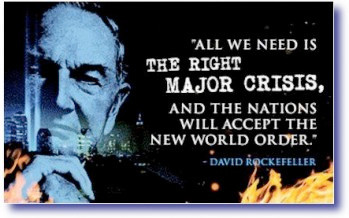 A German public broadcaster employee has written an open letter criticizing COVID’s ‘New World Order’ propaganda, which is being broadcast to 83 million Germans.

Ole Skambraks has spent the last 12 years as an editor at the German public broadcaster ARD.

Skambraks claims he can “no longer silently watch” the clear lies that has been given to him “for a year and a half now within my organization.”

Skambraks writes: The values of “balance,” “social cohesion,” and “diversity” in reporting are enshrined in statutes and media state contracts. Currently, the polar opposite is occurring. There is no meaningful debate or interchange in which all segments of society may meet and establish common ground.

From the beginning, I felt that public service broadcasting should fill precisely this space: promote dialogue between advocates of measures and critics, between people who are afraid of the virus and people who are afraid of losing their basic rights, between vaccination supporters and vaccination sceptics. For the past year and a half, however, the space for discussion has narrowed considerably.

Scientists and experts who were respected and esteemed before Covid, who were given space in public discourse, are suddenly labelled cranks, tinfoil hat wearers or Covidiots. As an oft-cited example, consider Wolfgang Wodarg, a medical specialist in several fields, an epidemiologist and a long-time health politician. Until the Covid crisis, he was also on the board of Transparency International. In 2010, as Chair of the Council of Europe Health Committee, he exposed the influence of the pharmaceutical industry in the swine flu pandemic. At that time, he was granted the opportunity to express his opinion on public service broadcasting, but in times of Covid this is no longer possible. His voice has been replaced by that of so-called fact-checkers, who seek to discredit him.