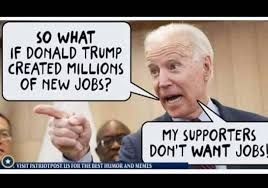 Oscar Zaro voted for the Democratic Party slate during the recent Senate runoff election. He lives in Hiram, Georgia, just outside of Powder Springs.

A Democratic voter in the typically red 14th Congressional District, which is currently represented by QAnon Rep. Marjorie Taylor-Greene, Zaro said that Georgians in the 14th were spurred on to vote more Democratic than usual this year due, in part, to the promise of “$2,000 checks” by Warnock and Ossoff.

“The last few weeks heading towards the runoff election, especially after Trump endorsed the $2,000 payments, Warnock and Ossoff made it a point to endorse and exclusively say ‘$2,000 checks,'” he said. “A lot of the people in my district voted blue in the runoff for two main reasons: (1) Loeffler and Perdue denying us relief during COVID while profiting millions themselves; and (2) $2,000 checks.”

“They really underestimate just how much people are hurting economically,” Zaro added, referring to Democrats who he views as reneging on their word.

I don't know you tell me what this says to you pic.twitter.com/9BsCKwQepc

The following image was shared by Warnock in the waning days of the campaign: