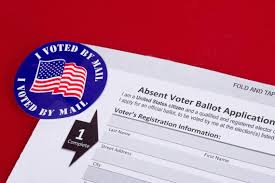 Raffensperger referred Coffee, Grady, and Taylor counties for investigation after the three Peach State counties “failed to do their absentee ballot transfer forms in violation of Georgia Rules and Regulations,” per a release of the announcement.

“The emergency rule required counties with drop boxes to fill out ballot transfer forms that included the date, time, location, and number of ballots in the drop boxes whenever election officials collected ballots from the drop box,” the release explained, noting 123 counties utilized such absentee ballot drop boxes for the November election. Of those, 120 followed the rules, filling out and retaining the transfer forms. Coffee, Grady, and Taylor, however, failed to do so.

“Since day one, I have made securing Georgia’s election a top priority and I have not stopped working since then,” Raffensperger said in a statement, noting that the “overwhelming majority of counties did what they were supposed to.”

“This demonstrates that new steps need to be taken to fully secure our elections. Securing elections is work that is never truly finished,” he added.