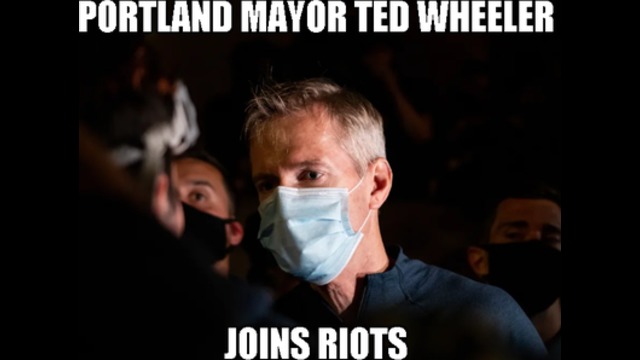 Portland's mayor has slammed protesters for 'attempting to commit murder' and says they are going to be used as 'props' in President Trump's reelection campaign as violent clashes between demonstrators and police continued for the 71st night.

Mayor Ted Wheeler, who as recently as last month joined protesters on the streets of downtown Portland, on Thursday decried the unrest that has roiled the city in the months since George Floyd's death.

'When you commit arson with an accelerant in an attempt to burn down a building that is occupied by people who you have intentionally trapped inside, you are not demonstrating, you are attempting to commit murder,' Wheeler said.

'I believe that city staff could have died last night. I cannot and I will not tolerate that. This is not peaceful protests. This is not advocacy to advance reforms.