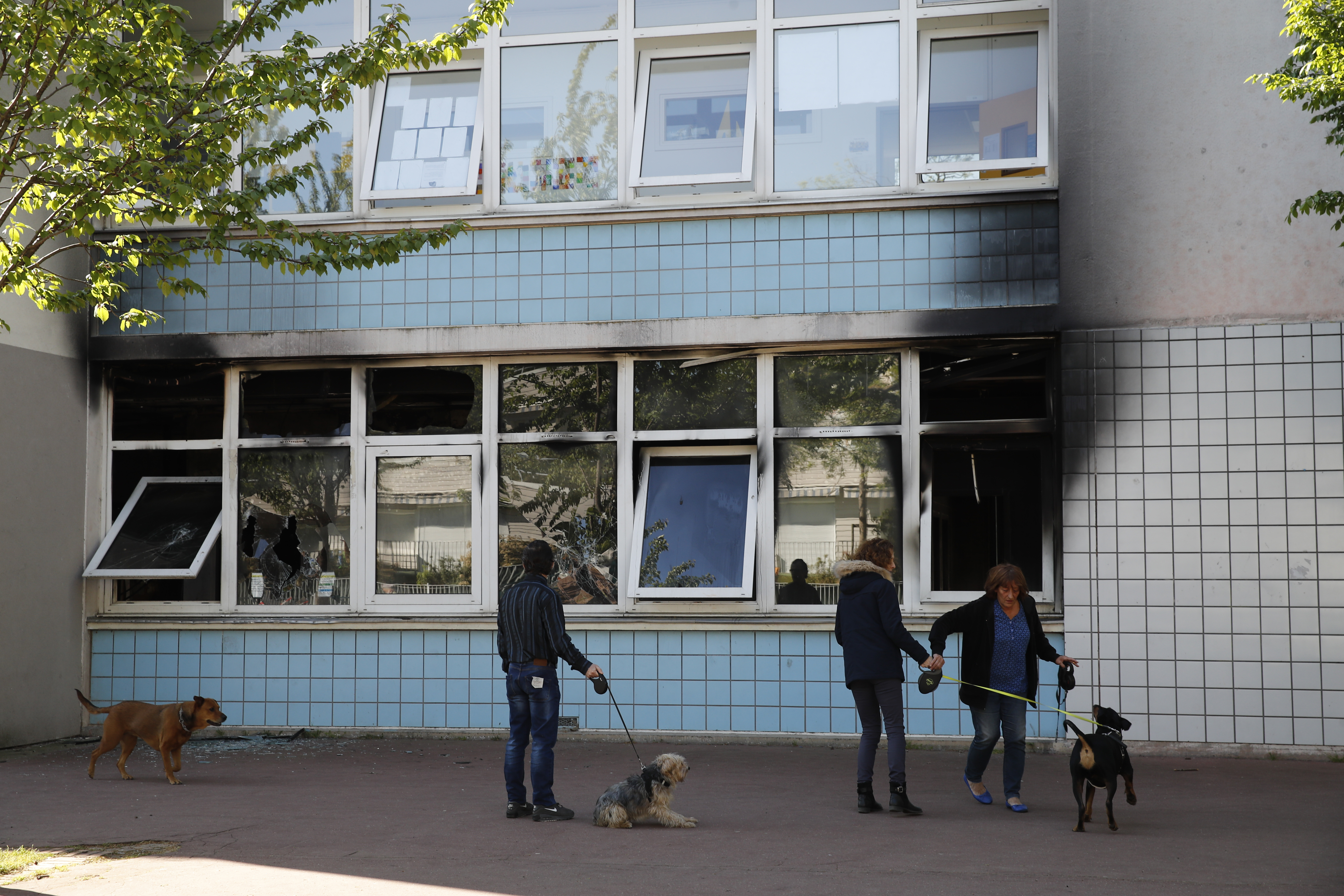 A SCHOOL erupted in flames in the Paris suburbs as rioting over coronavirus confinement continued across France and other spots in the world.

Fireworks are thought to have started the blaze in the early hours in Gennevilliers, which is less than the eight miles from the centre of the French capital, amid growing tension over the Covid-19 lockdown.

It comes as public unrest has been breaking out across the world by frustrated people demanding an end to the coronavirus stay-at-home measures.

This includes Russia, Germany, Brazil, the United States and India.

In France there were also reports of gangs fighting police in other major cities including Bordeaux, Lyon, Strasbourg, and Toulouse.

Most of the affected areas are what are know as "banlieues" — high-rise, low-income neighbourhoods that encircle many of its cities.

A police spokesman for the Paris suburb of Gennevilliers said: "The Paul-Langevin primary school came under attack, with the head teacher’s office destroyed, along with two other teachers’ rooms.

"An investigation into the attack is underway into the fire, which was initially caused by fireworks."

Tensions have escalated over the alleged racist treatment of ethnic minorities during the coronavirus lockdown, and there has been rioting since Sunday.

It followed France’s intelligence services warning of unrest resulting from the pressure of confinement.

Some of the worst violence has been in the northern Paris suburb of Villeneuve-la-Garenne, where fireworks have been fired horizontally and from high rise flats at riot police, and at their vehicles.