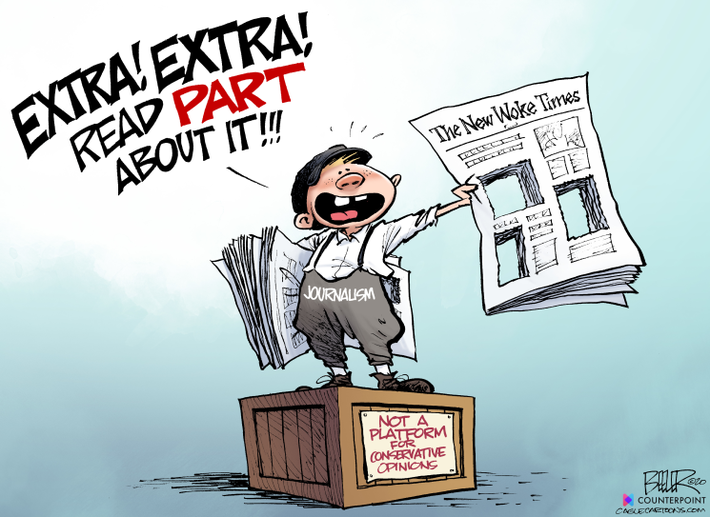 A federal judge has just said what so many of us have been saying for decades about the mainstream media, and he has called on the Supreme Court to intervene.

The comment came in a decision rendered in an obscure libel case but its reverberations could be felt all the way to the nation’s highest court, Fox News reported.

A federal appeals court judge has offered a blistering dissent in an obscure libel case that takes the measure of the mainstream media’s bias.

The case centers on a 2018 report from Global Witness Publishing that accused Liberian government officials Christiana Tah and Randolph McClain of accepting bribes from Exxon. Tah and McClain sued Global Witness alleging defamation and their claims were dismissed in Friday’s ruling.

However, in the course of his partial dissent, D.C. Circuit Court Judge Laurence Silberman went on an unprecedented written tirade against the press, in which he argued that the Supreme Court should revisit the landmark 1964 New York Times v. Sullivan ruling that granted the media broad First Amendment protections from being sued by public officials.

And though cable news networks like CNN and MSNBC were not mentioned by name those networks would be affected if the Supreme Court did take the case.

“[N]ew considerations have arisen over the last 50 years that make the New York Times decision (which I believe I have faithfully applied in my dissent) a threat to American Democracy,” the judge said. “It must go.”

“The increased power of the press is so dangerous today because we are very close to one-party control of these institutions,” Silberman said.

The judge was first nominated by former President Ronald Reagan and has been a federal judge on the D.C. Circuit Court since 2000.