It was transparently obvious over the past few days that something was happening in the background.  The Fourth Branch of Government, intelligence apparatus, Dept of Justice, FBI, and media enablers -writ large- began conducting an information warfare operation. 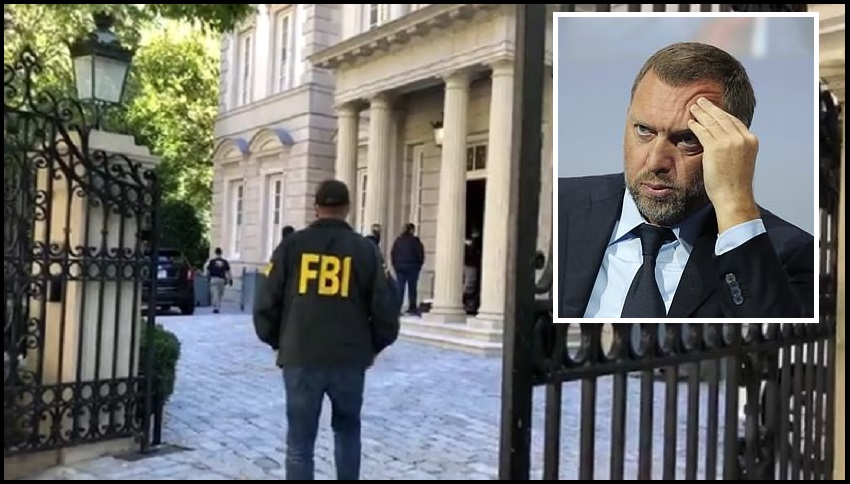 It is not coincidental: (1) the collective media apparatus brought Chris Steele out of hiding for an ABC interview with George Stephanopoulos, and a rehabilitation of his Dossier effort; then (2) the intelligence apparatus began scrubbing the Dossier from public downloads; then (3) the FBI apparatus notifies the media in advance and shows up to raid the home of a central participant in the Dossier story line.  There are no coincidences of this connective scale.

This is a full-blown propaganda operation carried out by the DC-based Fourth Branch of Government.   These moves indicate a likelihood that John Durham is almost finished with the spray paint operation.   Remember, Lisa Monaco is Deputy AG, and John Carlin is back in the DOJ-NSD position. Both of them participated in the illegal weaponization and political surveillance operations against candidate Trump (that involved Deripaska), and both are now central to the ongoing clean-up and cover-up operation.

DC is a horrible and abusive vehicle; rusted to the core with metastatic corruption.  Bill Barr was the bondo application and John Durham is the spray paint.  The clear objective is to cover-up the corruption from public view and giving Oleg Deripaska the Julian Assange treatment is one part of that process.  The FBI is to Washington DC what the FSB represents to Moscow.

Today, FBI agents from DC’s main office as well as Washington Field Office (WFO) raided the home of Russian Billionaire Oleg Deripaska.   This move comes just 36 hours after CTH outlined the risk that Deripaska represents to all of the corrupt DC officials who participated in the Trump-Russia attack scheme. {Go Deep}

The reason for their presence wasn’t immediately clear. The spokesperson said the agency is conducting “law enforcement activity at the home,” but wouldn’t elaborate.

The investigation is being led by federal investigators in New York City, according to two officials briefed on the matter.  (read more)

The FBI told news outlets what they were doing in advance so the cameras could be present as part of the operation (similar to the Roger Stone raid).  Unfortunately, most news consumers cannot see the script and performance that underpins the corrupt motive.  [NBC News Segment Here] and below is a lengthy video of the entire raid:

Christopher Steele was actually a contracted employee of Deripaska, at least Deripaska was paying Chris Steele for some type of work in the U.K.  Oleg Deripaska is a typically sketchy wealthy Russian with some quirky aspects to his humor.  Oleg’s U.S. lawyer was a guy named Adam Waldman.  You might remember that Adam Waldman was also the legal liaison between Chris Steele and SSCI Vice-Chairman Mark Warner {Go Deep}.

Adam Waldman is the connective tissue between Chris Steele, Oleg Deripaska and another name from the SSCI, former staffer Dan Jones.  When Senator Chuck Grassley wanted to question the lawyer/lobbyist Adam Waldman, Waldman lied to avoid testimony {Go Deep}.  Unfortunately it was a line of Senate query that was quickly dropped.