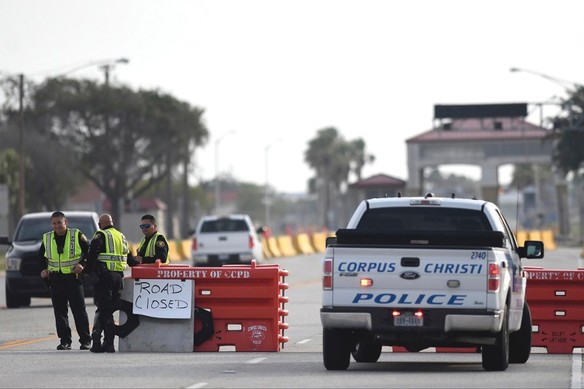 FBI investigators said they no longer believe a second person was involved in the shooting last week at Naval Air Station Corpus Christi that left a sailor wounded as the gunman attempted to speed passed a security gate onto the Texas base.

“At this time, there is no imminent threat to the public safety of the Corpus Christi community,” according to a FBI statement issued Tuesday evening.

Hours after the shooting Thursday, the FBI said investigators believed there was a second person of interest at large in the community who might have been connected to 20-year-old Adam Salim Alsahli and his attempt to gain access to the base.

The investigation has determined no other person was involved in the attack, though evidence “points to the shooting being a terror-related incident,” the FBI said, without providing additional details. FBI investigators have been examining social media posts that they believe were made by Alsahli that show support for groups such as al-Qaida in the Arabian Peninsula, according to an AP report.