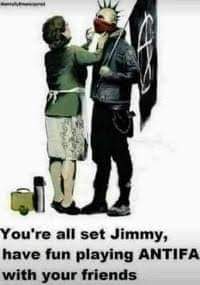 “We already remove content calling for or advocating violence and we ban organizations and individuals that proclaim a violent mission. However, we have seen growing movements that, while not directly organizing violence, have celebrated violent acts, shown that they have weapons and suggest they will use them, or have individual followers with patterns of violent behavior,” Facebook announced in a statement Wednesday.

“So today we are expanding our Dangerous Individuals and Organizations policy to address organizations and movements that have demonstrated significant risks to public safety but do not meet the rigorous criteria to be designated as a dangerous organization and banned from having any presence on our platform,” the social media company added. “While we will allow people to post content that supports these movements and groups, so long as they do not otherwise violate our content policies, we will restrict their ability to organize on our platform.”

“For militia organizations and those encouraging riots, including some who may identify as Antifa, we’ve initially removed over 980 groups, 520 Pages and 160 ads from Facebook. We’ve also restricted over 1,400 hashtags related to these groups and organizations on Instagram,” Facebook reported.

Under the new policy, Facebook will “impose restrictions to limit the spread of content from Facebook Pages, Groups and Instagram accounts.” The company will also “remove Pages, Groups and Instagram accounts where we identify discussions of potential violence, including when they use veiled language and symbols particular to the movement to do so.”