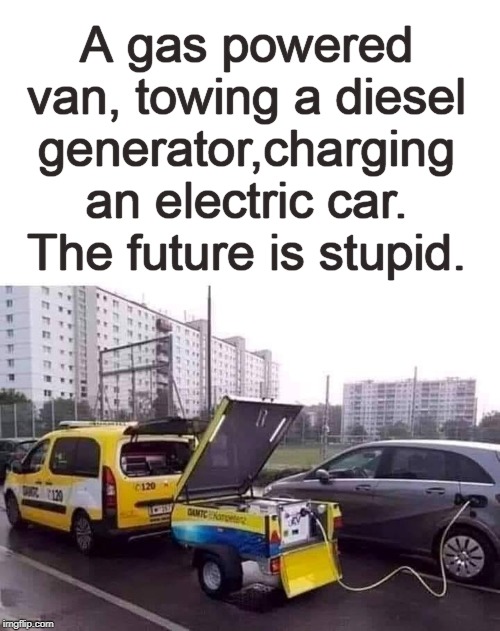 The conventional wisdom from the left is that COVID is the reason that shipping containers are in the waters off California with no stevedores or truckers available to take care of them.  The implication is that if people would stop being selfish and take the vaccines, the whole problem would magically vanish.  That's nonsense.  As a couple of astute articles explain, the problem is that California has passed two laws — one for "climate change" and the other as a sop to the unions — that destroyed much of California's trucking industry.  Add in woes unique to the industry and COVID payments that discourage people from working and...voilà!...empty Christmas stockings.

Stephen Green, at PJ Media, explains some of what's going on.  As a preliminary matter, truckers are aging out of the job, and new ones aren't coming along.  Because federal law requires that truckers be at least 21, kids who leave school at 17 or 18 get involved in other careers, leaving trucker shortfalls.  Women don't offset this problem because, as is typical for most physically difficult jobs, it's not their thing.  Those are long-term problems.

The short-term problem, though, is that California has passed laws taking trucks off the road:

Twitter user Jerry Oakley reminds us that "Carriers domiciled in California with trucks older than 2011 model, or using engines manufactured before 2010, will need to meet the Board's new Truck and Bus Regulation beginning in 2020." Otherwise, "Their vehicles will be blocked from registration with the state's DMV," according to California law.

"The requirement is to purchase electric trucks which do not exist."