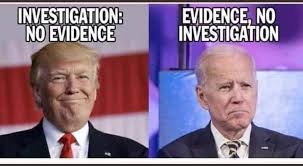 The world was on fire in February 2014, and Joe Biden was President Obama's point man for many of the crises. Russia had shocked the West by invading the Crimean region of Ukraine. Syria was engulfed in a bloody civil war with ISIS. And Iraq was rocked by a wave of terrorist bombings that killed more than 100 civilians.

Hunter Biden, the vice president's son, and his colleagues at Rosemont Seneca Partners and related businesses found it the perfect time to conquer a turbulent world for more business, according to emails on a Hunter Biden laptop hard drive seized by the FBI in December 2019 from a Delaware repair shop.

One of their plans was to target the sovereign wealth funds of America's richest allies, from Eastern Europe to the Middle East.

"I've been researching sovereign wealth funds lately in hopes of coming up with a plan to add another large manager (multi-billion dollar fund) to RSPI's platform, without over-relying on the Taft Hartley channel," Daniel McHale, the RSP Investments managing director, wrote Hunter Biden and a colleague named Eric Schwerin in an email dated Feb. 3, 2014. RSP Investments was the broker arm of the Rosemont Seneca empire that Hunter Biden helped engineer.

"I think this would provide us additional near-term cash flow while increasing the odds of landing a large allocation," McHale added. "Also, similar to Taft Hartley funds, it's a segment of the market where we could have a definable edge."

The email attached a "list of the largest sovereign wealth funds" in the world with a combined wealth of more than $3 trillion, from China and Russia to Saudi Arabia, Dubai and Qatar.