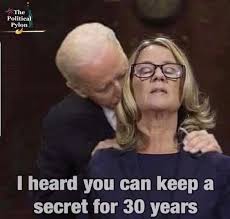 The hashtag #DropOutBiden trended on Twitter beginning early Saturday morning and throughout the day, fueled in part by progressives and #MeToo movement supporters calling on Joe Biden to drop out of the 2020 presidential race.

Although supporters of Biden tried to blame the hashtag on Russian bots, there were several prominent progressives who were using the hashtag, such as Peter Daou, a former Hillary Clinton adviser.

1. I respect the will of the voters.

2. But new information has emerged supporting #TaraReade's account of being sexually assaulted by #JoeBiden.

3. Credible rape accusations are disqualifying or we have NO moral standards.

A number of those tweeting the hashtag seemingly included supporters of Sen. Bernie Sanders (I-VT). As the day wore on, prominent conservative figures and pundits also began tweeting it. The hashtag coincided with the emergence of an alleged video clip of Biden accuser Tara Reade’s mother.