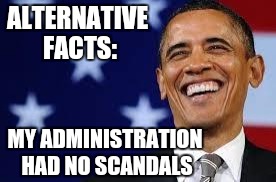 Trump said it was “good news” that Obama would campaign for his former Vice President Joe Biden in the final weeks of the 2020 presidential campaign.

“Well, that’s good news,” Trump said. “He campaigned harder than Hillary Clinton did for Hillary, and it just made us stronger.”

Obama is expected to campaign in Philadelphia next week, the same city in which the Obamas joined Bill and Hillary Clinton during their final campaign stop before the 2016 election.