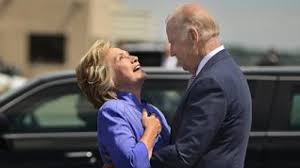 Democratic National Committee chairman Tom Perez said the desire to obtain presumptive Democratic presidential nominee Joe Biden’s Senate records is “like the Hillary emails” because “there was nothing there.”

Perez’s Sunday remarks on “This Week” came as ABC reporter Martha Raddatz asked about former Senate staffer Tara Reade’s sexual assault allegations against Biden and the fact that the University of Delaware has “brushed aside” those who have called on a search for Reade’s name in the records.

“Your communications director has called that idea ‘absurd.’ Why?” Raddatz asked.

After the DNC chairman went on to explain that “policy documents” and “speeches” are in those records, not personnel matters, Raddatz again pressed with a question about doing a simple search for “Tara Reade.”