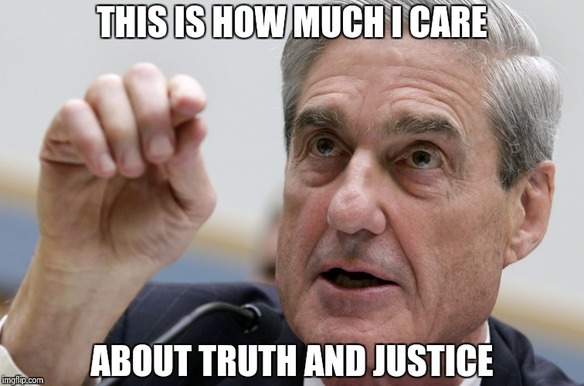 With the release of the new material from the case of Michael Flynn, an array of experts came forward to assure the public that it was all standard procedure for investigators to conclude that there was no criminal conduct uncovered and then prosecutors creating a crime (including the use of a clearly unconstitutional law never used to convict anyone since the start of the Republic). Many of these same experts who have been espousing untethered (and ultimately rejected) theories for criminal and impeachment charges for years. Yet, what was most striking is how many also rejected any claim that the undisclosed evidence, at a minimum, violated Brady, the case requiring the government to turn over exculpatory information. Indeed, Ben Wittes, a staunch defender of James Comey, assured readers “while you might not know much about federal law enforcement,” this is all “standard practices.” In fact, this is a clear and flagrant violation of the both Brady and the orders of Judge Emmet Sullivan. The fact that such violations are also dismissed by mainstream media and experts reflects how rage has distorted legal analysis in this Administration.

Brady v. Maryland  is a 1963 decision of the Supreme Court that prosecutors  must under the Fifth and Fourteenth amendments disclose favorable evidence to defendants upon request, if the evidence is “material” to either guilt or punishment.  There are also due process rights requiring the disclosure of any evidence that would allow the defense to attack the reliability, thoroughness, and good faith of the police investigation or to impeach the credibility of the state’s witnesses. Kyles v. Whitley, 514 U.S. 419 (1995).

Courts like Judge Sullivan in the Flynn case issue standard orders under this and other cases requiring disclosure of evidence that are exculpatory or material to issues like impeachment.

Many of us who work on the criminal defense side have long frustrating histories with courts in dealing with violations of Brady and other cases.  Often these violations are exposed after sentencing (unlike in Flynn). Courts often cite cases like Strickler v. Greene to decline to order a new trial unless “the nondisclosure was so serious that there is a reasonable probability that the suppressed evidence would have produced a different verdict.” That is a standard that is difficult to overcome.  However, this case exposes a particularly obvious set of violations.

These documents do not show prosecutors finding a way to arrest someone suspecting of a crime. They show prosecutors trying to create a crime.  It was previously known that the investigators who interviewed Flynn did not believe that he intentionally lied.  That made sense.  Flynn did not deny the conversations with then-Russian Ambassador Sergey Kislyak. Moreover, Flynn told the investigators that he knew that the call was inevitably monitored and that a transcript existed.  However, he did not recall discussing sanctions with Kislyak. There was no reason to hide such a discussion. Trump had publicly stated an intent to reframe Russian relations and seek to develop a more positive posture with them.

It  now appears that, on January 4, 2017, the FBI’s Washington Field Office issued a “Closing Communication” indicating that the bureau was terminating “CROSSFIRE RAZOR” — the newly disclosed codename for the investigation of Flynn.  That is when Strzok intervened.

Keep in mind CROSSFIRE RAZOR was formed to determine whether Flynn “was directed and controlled by” or “coordinated activities with the Russian Federation in a manner which is a threat to the national security” of the United States or a violation of federal foreign agent laws.  The FBI investigated Flynn and various databases and determined that “no derogatory information was identified in FBI holdings.” Due to this conclusion, the Washington Field Office concluded that Flynn “was no longer a viable candidate as part of the larger CROSSFIRE HURRICANE umbrella case.”

That exchange is not disconcerting as Strzok’s actions.  After a finding of “no derogatory information,” Strzok reached for the Logan Act and sent a research paper on the notoriously unconstitutional law.  Thus, faced with a lack of evidence of any crime, Strzok’s response was to order the investigation be kept open and then focused attention on an unconstitutional law never used to convict a single person.  Its use against the incoming national security advisor to say it is a crime to discuss foreign relations with a Russian official during the transition would have been utterly absurd.

The same officials then sent two investigators into the White House, knowingly evading the long-standing rules of contacting the White House Counsel’s office in advance — something former FBI Director James Comey later bragged about and said that he “got away with it.”