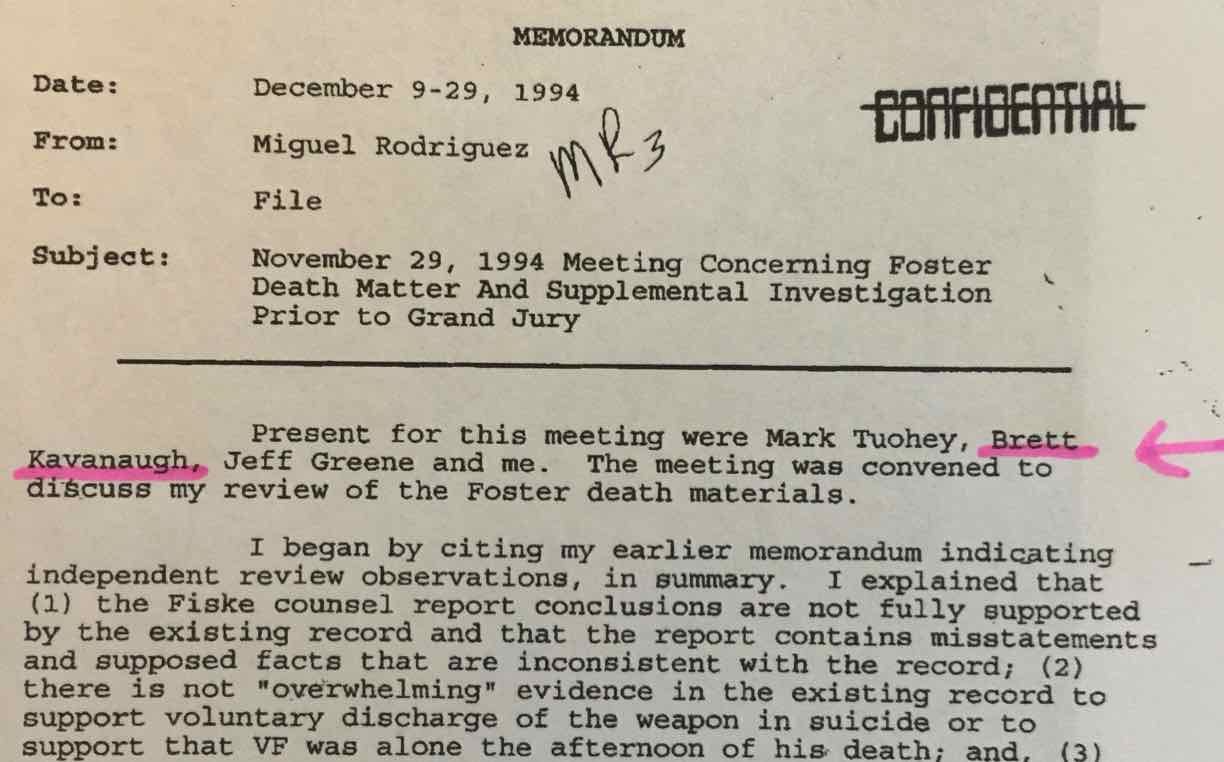 Brett Kavanaugh knew about the bullet wound in Foster's neck.

The investigation of Foster's death by Associate Independent Counsel Miguel Rodriguez was blocked and he was forced to resign.