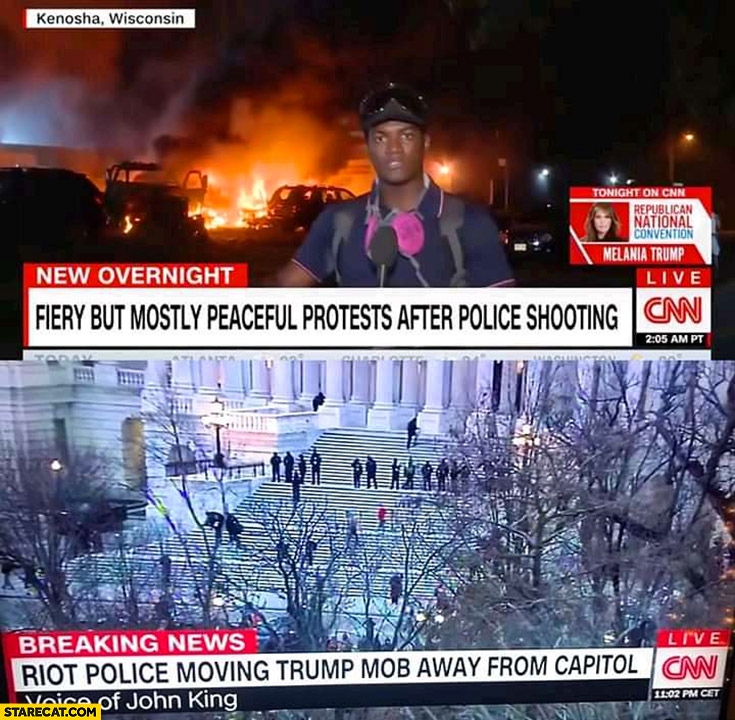 While there is yet much to learn about what happened at the Capitol on January 6, some important facts are known beyond a reasonable doubt:

This raises the following questions:

All participants in the vandalism or assaults on police officers are responsible for their own behavior regardless of political affiliation. Having said that, we must take into account whether or not their crimes were premeditated and prosecute more harshly those who were in on the plan. Most importantly, we need to know how much help (if any) these riot organizers received from the inside. The officers directed protestors to sensitive portions of the building may have been blindly following orders, but two incidents caught on video implicate at least two people who may have knowingly provided inside help:

First, in this poorly-staged video, a police officer is “chased” by a protester who looks more like the reluctant participant of a high school skit.

Second, at the 25.40 time mark of this video, Rudy Giuliani points out two “out of place” individuals that nodded approvingly to the BLM activist John Sullivan as he neared the hallway where Ashley Babbit was soon to be killed. The first one looks the most out of place due to both his age and his attire. Giuliani rightly suggests he might be a detective and wondered aloud if anybody has investigated who he is and why he nodded to the provocateur.
read more:
https://www.americanthinker.com/blog/2021/01/did_capital_rioters_receive_inside_help.html