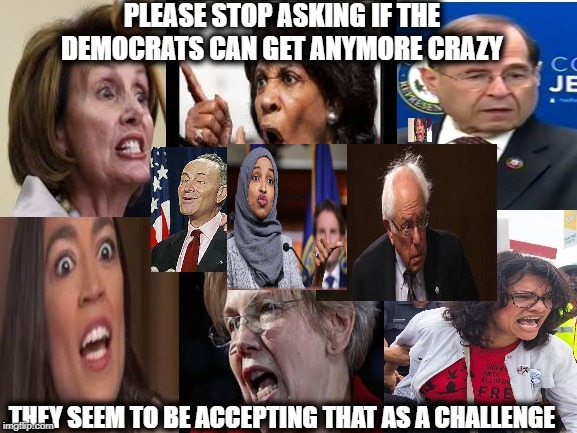 Democrats have moved swiftly to use the Jan. 6 U.S. Capitol mayhem to push for a frightening expansion of federal surveillance and police powers under their sole control for two years, smearing anyone who voted for Donald Trump as a potential terrorist. Joe Biden himself called the Capitol protesters “domestic terrorists” and “insurrectionists” and said his administration will prioritize legislation to increase federal crackdowns on what Democrats consider to be “domestic terrorists.”

The main problem with that is that Democrats openly link Republican Party affiliation and mainstream conservative ideas to “domestic terrorism,” “extremism,” “white supremacy,” and other evils. To the left vanguard of the party that Biden’s administration is marching behind in both personnel and policy, simply supporting lower taxes and believing that “hard work can help you get ahead” is enough to mark you a “racist” and “white supremacist.” These redefined “racists” and “white supremacists” now face increased FBI surveillance, discrimination in military and other careers, suspension of their right to own guns lawfully based only on another person complaining they are a “threat,” public harassment and smears, government and business pressure campaigns and investigations, and more.

As usual, Rep. Alexandria Ocasio-Cortez has been a canary in the coalmine. The New Yorker went on Instagram on Jan. 12 to hysterically claim that she felt endangered in a safe room during the Capitol anarchy because Republican members of Congress were also there. She baselessly accused them of being violent “white supremacists” solely due to their political affiliation. This is as stupid as claiming the average Democrat is an arson risk simply because she vocalized support this summer for Black Lives Matter.

This was followed by other Democrat members of Congress being given massive media platforms to accuse their Republican colleagues of showing rioters how to find and hurt them in the days before the latest Capitol violence erupted. Their only evidence was seeing Republican members of Congress in the halls of their own workplace with what turned out to be family members, including children.