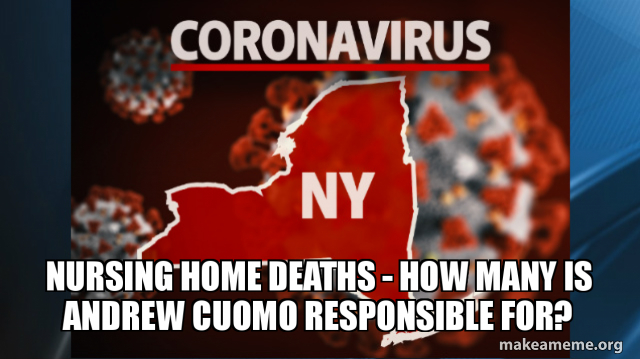 New York Democrats, in a rare reprimand of Gov. Andrew Cuomo (D), are demanding that the Democrat leader be stripped of his emergency coronavirus powers in response to his administration’s coverup of coronavirus nursing home death data.

Cuomo, who has generally enjoyed unmitigated praise from the establishment media and fellow Democrats throughout the Chinese coronavirus pandemic, is facing backlash from Democrat state senators following an admission from Melissa DeRosa, New York’s secretary to the governor, who privately admitted that the administration covered up nursing home death data over fears of a federal probe under the Trump administration.

Fourteen lawmakers prepared a statement, asserting that it is now clear that “the expanded emergency powers granted to the Governor are no longer appropriate.”

“Without exception, the New York State Constitution calls for the Legislature to govern as a co-equal branch of government,” the lawmakers wrote”:

While COVID-19 has tested the limits of our people and state –– and, early during the pandemic, required the government to restructure decision making to render rapid, necessary public health judgments –– it is clear that the expanded emergency powers granted to the Governor are no longer appropriate.

“While the executive’s authority to issue directives is due to expire on April 30, we urge the Senate to advance and adopt a repeal as expeditiously as possible,” they said.