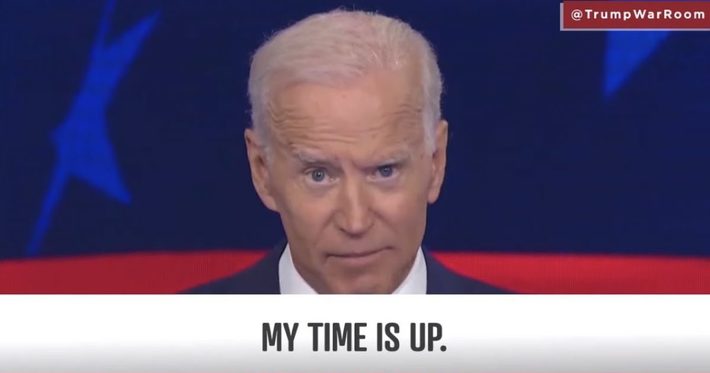 Chinese Wuhan Virus quarantine gave Democrats time to reflect. And many see the writing on the wall. Trump will win easily in November with Captain Demento as their candidate.

After watching Biden stumble his way through a variety of soft toss interviews and still strike out, Democrats find themselves back to square one.

While Biden entered the race as an early odds on favorite, it didn’t take long for Democrats to abandon him. He began the race at 41 percent approval, but quickly began his downhill slide. When Democrats tasted the blood in the water, they went after Biden.

For the most part, Biden detractors believed they crushed his dream of ever being president. First, with allegations of racism.

Kamala Harris rose in stature after calling Biden out on his racist past. Cory Booker added to the cacophony. However, she faded, and Booker never even smoldered.

The label of racist faded with Harris’ campaign, so the anti-Bidens drove another nail into Biden’s coffin. They accused Biden of sexual misconduct. Biden demonstrated sexual harassment in full public view, and there were Democrat women willing to say this publicly.

Moreover, many of the women running for president jumped on Biden for this. And Biden continued his fade into obscurity.

Sadly for the Democrats, two career-ending tactics were wasted.

Democrats soon found themselves supporting the man they earlier tried to derail. So afraid of Bernie Sanders’ ascension, Democrats scuttled their ship, then put Biden on a dingy and rowed to shore.

Part of their post-China Virus action is to figure out how to adjust to what will be a bad few months for Biden and Democrats.

Almost all Democrats put their butts on the line backing Captain Demento. And they all know their political lives are at stake.

Gabbard quit recently, after Biden won FL with little hoopla. She promptly fell in line. FL and other primaries are now a foregone conclusion. There remains one holdout.

Bernie Sanders hangs on like a lint on wool. Because he knows what’s coming. He’s smart enough to know that Biden will screw up. He will be the only one left in the race who actually ran.

When Cuomo said he wouldn’t run, he left a crumb trail.