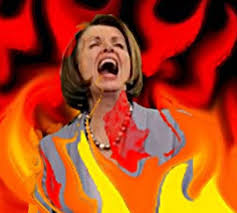 If you remember how Barack Obama and Nancy Pelosi forced former Representative Bart Stupak and the 19 Blue Dog democrats to cave on the Obamacare construct in 2010, then you have a solid reference point for what Joe Biden and Nancy Pelosi are doing right now.

As you are reading this Nancy Pelosi has pulled together her leadership group overnight to change the House rules for legislative passage of the $3.5 trillion Green New Deal spending package under the auspices of “infrastructure.”

This $3.5 trillion spending bill is in addition to the $1.5 trillion infrastructure bill that came from the Senate, and… she is using the $2 trillion budget package as the carrier for a slick “Deem and Pass” maneuver.

As we have seen before, right now Pelosi is changing the House rules to have a single vote on the current budget proposal which will include a ‘deem and pass’ provision that adds the $3.5 trillion Green New Deal spending package to it.

By voting to pass the omnibus budget bill, all House members will also be voting to authorize as passed the additional $3.5 trillion GND as a wraparound.

This means one single vote passes this massive social engineering project with more than $5.5 trillion in spending in a single bill.  Thereafter the House will vote on the Senate bill separately to add another $1.5 trillion, bringing the total spending by the House before they depart to a whopping $7 trillion; forever changing the American landscape.