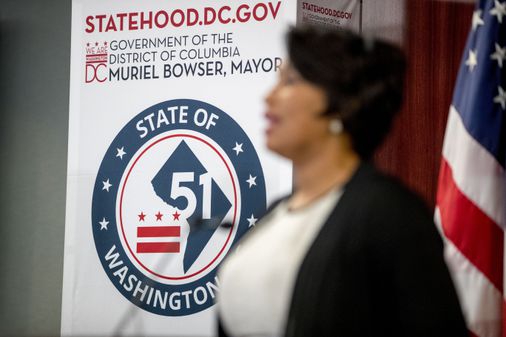 Democrats campaigned last fall on making the District of Columbia a state. Unfortunately for Democrats, the U.S. Constitution stands in the way.

Some Democrats would like to have you believe that the case for D.C. Statehood is akin to Puerto Rican statehood, but it’s not. When it comes to D.C. statehood, it’s clear that this nothing more than an attempt to pack the Senate and House with an army of far-left-wing Democrats.

The case against D.C. statehood on the constitutional merits is an open-and-shut case: You can’t do it. It may be possible to annex parts of D.C. to Virginia and Maryland, but granting statehood to the city of D.C. would not pass constitutional muster. In Article I, Section 8 powers, the “enumerated powers” of the federal government, make D.C. the seat of the federal government. On the list is the power to “exercise exclusive Legislation in all Cases whatsoever, over such District (not exceeding ten Miles square)” and “become the Seat of the Government of the United States.” This is called the “Enclave Clause,” because it is the provision that sets down D.C. as the enclave, or home, for the federal government.

Our Founding Founders saw the District as one being run by the federal government and independent of any state’s authority. As quoted in The Heritage Foundation Guide to the Constitution, James Madison in Federalist 43, explained that “the indispensable necessity of complete authority at the seat of government carries its own evidence with it.” In other words, if the federal government became dependent on a state, that could lead to “proceedings interrupted with impunity.” He also worried that a state housing the federal government would have more influence than other states creating an imbalance of power. It would be virtually impossible to carve out parts of the city of D.C. and leave a small portion to the federal government in a way that would pass constitutional scrutiny.