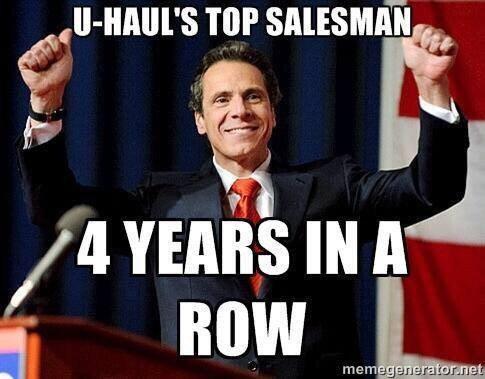 Cuomo said on Tuesday that he speaks to the city's wealthiest residents 'every day', begging them to come back Many fled for the Hamptons, upstate New York or Connecticut when the pandemic hit In May, at least 420,000 of the city's wealthiest residents had fled the city Their exodus was cemented when riots and looting tore through the city in June Now, there are calls for higher taxes on the super wealthy to offset the projected $30billion deficit New York is facing over the next two years Cuomo is resisting it, saying it will only drive the billionaires out of the city for good He is furious that there remains no national plan to tackle COVID-19, and says the ongoing catastrophe in other states is holding New York back Crime is up in New York City with a shocking 286% in robberies on the Upper East Side alone

Gov. Andrew Cuomo is begging wealthy New Yorkers to return to the city to save it from economic ruin while fighting off calls from other lawmakers to raise their taxes, a move he fears could permanently drive the top 1 percent out of the city.

Thousands of New York City residents fled Manhattan and Brooklyn earlier this year when the city was the COVID-19 epicenter of the world.

Many flocked to their second homes in the Hamptons or upstate, while others rented or bought new properties, abandoning their expensive city apartments.