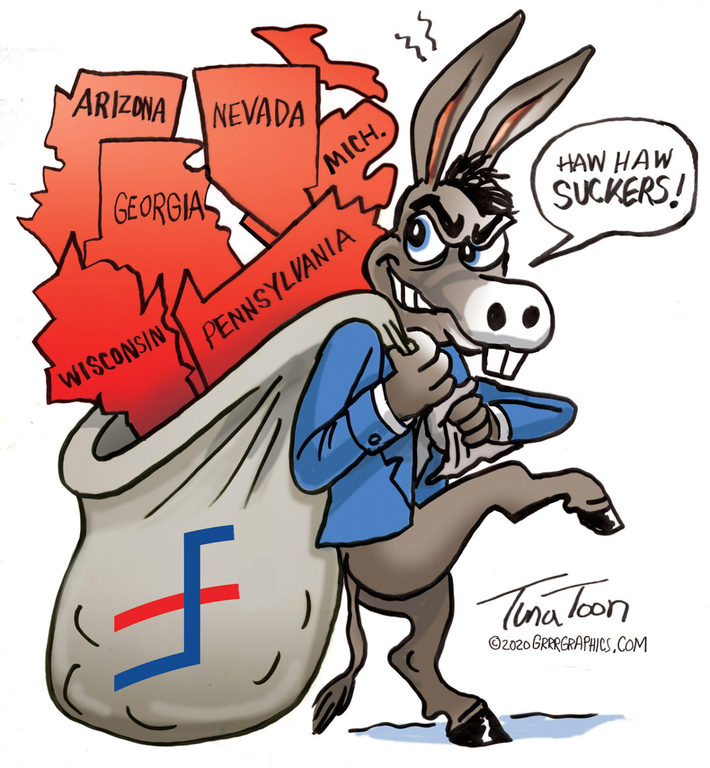 CDMedia spoke to Attorney Bob Cheeley, plaintiff attorney in the Fulton County, GA election fraud case working its way through the court of Judge Amero in Henry County, having been moved out of Fulton for procedural reasons. Amero has granted Cheeley’s, and attorneys for the other plaintiffs’, request to unseal and scan at 600 dpi the mail-in ballots from the 2020 general election. Allegations are that tens of thousands of counterfeit ballots are included in the 147,000 batch of mail-in ballots and envelopes. The video surveillance film from State Farm Arena the night of Nov 3rd seems to validate these allegations.

Cheeley relayed shocking information regarding the security alarm incident yesterday at the Fulton County ballot storage warehouse where a door was found ajar, and the facility unattended.

Cheeley recounted how he hired his own off-duty police security detail since the hearing on May 21 to guard the warehouse as he did not trust Fulton County to do the job as per court order.

Fulton County attorneys had pressured the judge during earlier communications, saying the off-duty police cars were ‘intimidating’ the Fulton County employees by parking in the facility lot. The judge asked the private security force to park on the street, as Fulton County was threatening to arrest the off-duty officers for trespassing.

Fulton County had been ordered by Judge Amero to guard the facility 24/7.

Two Fulton County Sheriff vehicles had been securing the building since May 25th when Judge Amero ordered the facility guarded. Yesterday at 4pm, the two Sheriff cars left the parking lot for two hours. Twenty minutes after the cars left the premises, the security alarm went off. The private security detail heard the alarm and investigated, finding the door unlocked and the building unattended.