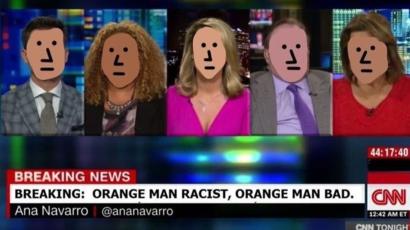 When President Donald Trump calls the mainstream media the “enemy of the people,” his point is that many of them go out of their way to smear and attack those who support the president and/or do not agree with their liberal groupthink.

While the media, in large part, claim they are objective and unbiased reporters just trying to do their job, one prominent figure just proved the president’s point.

Sophia Nelson, a senior advisor to The Lincoln Project and “frequent CNN pundit,” took to Twitter on Tuesday and responded to a tweet from Rick Wilson, a notable Never-Trump often on MSNBC.

In response to Wilson’s tweet, Nelson attacked Trump for his early response to the coronavirus pandemic by calling the president “retarded.”

Nelson, a self-described Republican, deleted the tweet after she came under heavy fire from both sides of the political aisle.

She responded to a tweet from TMZ reporter Evan Rosenblum, who said he had a child with special needs and did not appreciate her using the “R-word.”