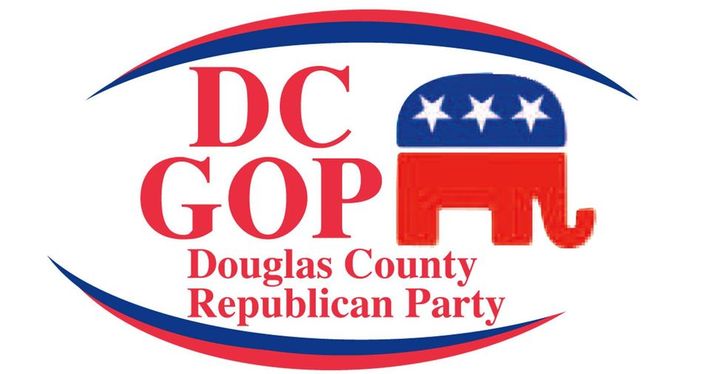 This article is in response to Joe Hoft's (Gateway Pundit) article: "How It's Done: Trump Voter Wins Douglas County GOP Committeeman Then Replaces ALL of the GOP Board Rinos Who Refused to Serve with Him...."

As a member of the Douglas County GAGOP I feel it is incumbant upon myself to correct some og the inaccuracies contained in the above mentioned article - mainly the title in and of itself.

(1) On March 17, 2021 the DCGOP held what is called their Mass Precinct Caucus/Meeting. At this caucus/meeting you are asked to sit at a table that is representative of your voting precinct. Tables are indicated with signs labeled. This is the normal voting location on Election Day, not early voting locations. At this precinct meeting, while sitting with others that vote at same location, you will determine a Precinct Chair, Vice Chair, Secretary and Treasurer. You will make a list of the people that are in attendence for your prencint. In Douglas County we have 25 Precincts so this will be done for all 25. Once this is complete, the Chair and Secretary for the Precinct will sign all paperwork and turn it in and then you are free to leave. *This is THE MOST important part of the party and the whole process of elections, etc. You MUST be a valid voter in your county as this is the first step to becoming a delegate to the County, District and State Conventions.

(2) - April 17, 2021 the DCGOP held their county convention. At this convention, the delegates choose a NEW Committee for the County Party, choose delegates to District and State Conventions. Letters were sent out prior to county convention letting people know that they were chosen as delegates. Here is where the Gateway article gets it ALL wrong.

For a backgrounder - A Chairperson or committeeman for the party CANNOT REMOVE members of committee or board. Per State Rules, and I am sure each state party rules are different, the Committee/Board MUST be voted on by the delegates at the County Convention.

(3) - At the County Convention we had two people running to be Chair of the local Party - Nick Day, who was 1st Vice Chair and Daniel Wiley, who is a newly involved member. Daniel got involved because he was sick of the corrupt local government and wanted to make some change. Both of the gentlemen had their supporters. The delegates were given a 'slate' of names for the new committee/board. After the proposed list of names were given, the floor was open to nominations. Daniel Wiley was nominated for Chair, while Nick was on the proposed slate for Chair. After these men gave speeches there was a vote and Daniel won a landslide. After this vote, the first slate of names with out Nick's name was read and each member stepped down. Then nominations were open to the floor for a whole new slate of names.

(4) - Noteables from the Gateway Pundit Article: (1) - Daniel Wiley DID an interview with The John Fredricks Show AFTER the Mass Precinct Meeting/BEFORE County Convention. Noting how he wanted to get involved. (2) - Wiley did see Dan Schultz' video laying out the whole precinct process via a blog by Schultz. (3) Wiley, via his Chair position, has NO AUTHORITY, to remove ANYONE from their positions. They all have to be voted on by the delegates. As noted in this article above, the former members of the committee all stepped down because (a) some had served their positions for many many years, some more than 5 years and were simply feeling 'burnout'. The only member of the committee that did not step down was the Secretary and he was nominated to serve with the new committee.

After having talked with Daniel Wylie at some length, the writer of this article, has established that: (a) - Wiley NEVER called anyone that was on the prior Board a 'Rino'. That was done by the interviewer on the John Fredricks show; (b) as a member of that particular party, I know FOR A FACT that our prior committee/board were "All In" for President Donald J Trump and they ALL worked tirelessly to get him and our two Senators, David Perdue and Kelly Loeffler, re-elected.

The Gateway Pundit Article mentioned has CONFLATED their article, for whatever reason, by using 3 different stories to make one story bigger than what actually happened. The Hoft Brothers have NOT reached out to Daniel Wiley to get THE REAL story. I, personally, have sent an inquiry to Joe Hoft, who wrote the article, and have heard nothing back from him either. As a note to the Gateway Pundit, wouldn't it be prudent of you to 'get the facts' of a story instead of posting a 'clickbait' titles just to get traffic and readers to your site? Also, The Gateway Pundit article was published at 1:45 p.m. on Saturday 4/17/2021. The Convention DID NOT let out until 1:30p.m.. How did they get this story up so fast?  'Asking for a Friend'