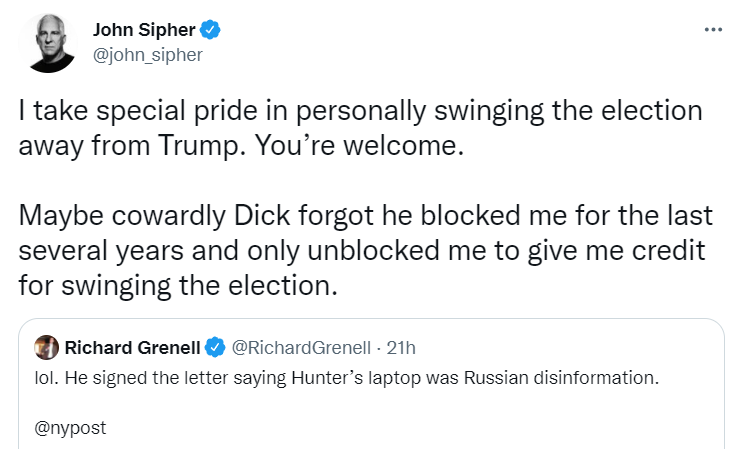 A CIA officer has confessed that the ‘Deep State’ rigged the 2020 election in Joe Biden’s favor, and has boldly admitted that the agency would do it again.

Former CIA officer John Sipher claimed in a stunning Twitter thread that he took “particular joy” in discrediting the Hunter Biden “laptop from hell” narrative and enthusiastically admitted to “shifting” the election away from Trump.

Sipher was among the many “intelligence experts” who falsely claimed the Hunter Biden laptop story from the New York Post back in October of 2020 was part of a “Russian disinformation campaign.”

Redvoicemedia.com reports: A March 18th report from the New York Post mentioned how Sipher was among those “officials” who’d “signed a letter saying that the laptop ‘has the classic earmarks of a Russian information operation.’”