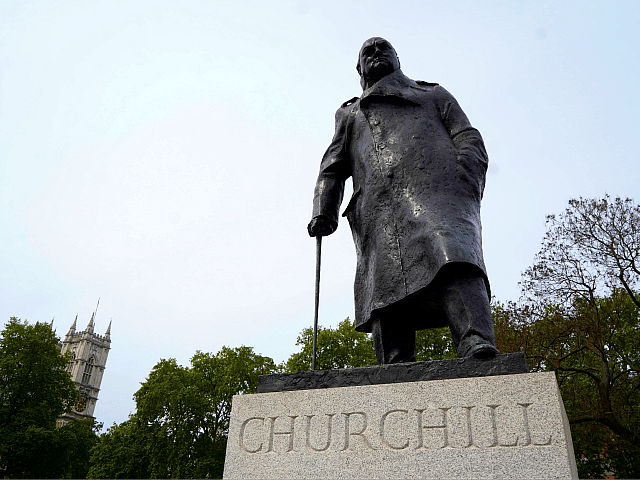 Sir Winston Churchill’s statue in Parliament Square, Westminster has been vandalised on the 76th anniversary of the D-Day landings by Black Lives Matter protesters.

Health Secretary Matt Hancock and Home Secretary Priti Patel — whose department has a wide remit including policing, border control, and national security — had warned against today’s protest in light of the ongoing coronavirus pandemic and associated lockdown regulations, which up until now have been enforced with zeal by the authorities.

Black Lives Matter activists have ignored these warnings, however, with the number of protesters in Parliament Square continuing to swell as of the time of this article’s publication, and the statue erected to the memory of Britain’s war-time leader there already defaced with “ACAB” graffiti — short for “All Coppers Are Bastards”.

Footage shared on social media shows one unidentified man, seemingly not a protester, incensed by the “disgusting” act, and warning the police he will “get all the football lads” out to guard the statue — suggesting it could become a flashpoint later on in the protest.