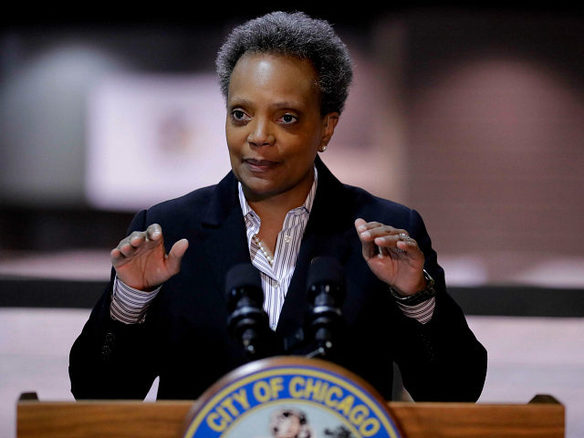 On Sunday, Chicago’s first openly gay mayor, Lori Lightfoot, mounted a raid on a black South Side church for holding services in defiance of her coronavirus lockdown orders.

Lightfoot reportedly sent three marked squad cars and two unmarked cars full of officers to the Chicago Cornerstone Baptist Church in the South Side’s Woodlawn neighborhood. Woodlawn is just south of Hyde Park, the area in which the Obamas lived for a short time before Barack became president.

The pastor of the mostly black congregation, Courtney Lewis, reportedly shut and locked the doors and refused to allow the officers to gain entry to the building, Todd Starnes reported.

Pastor Lewis told Starnes that he felt like he was confronting “the Soviet-style KGB” as the officers pounded on his doors and demanded entry to shut the church down.

“Thankfully, our doors were locked as a normal safety precaution we take each service to protect our members from the escalating gun violence in Chicago,” Lewis said.

A sentry that is usually posted outside the sanctuary to monitor the street during service also reported seeing occupants of a dark car with tinted windows filming the incident through one opened window.

“All we are seeking is the same consideration and trust that is being tendered toward the liquor stores, abortion clinics, and Walmart,” Lewis told Starnes.